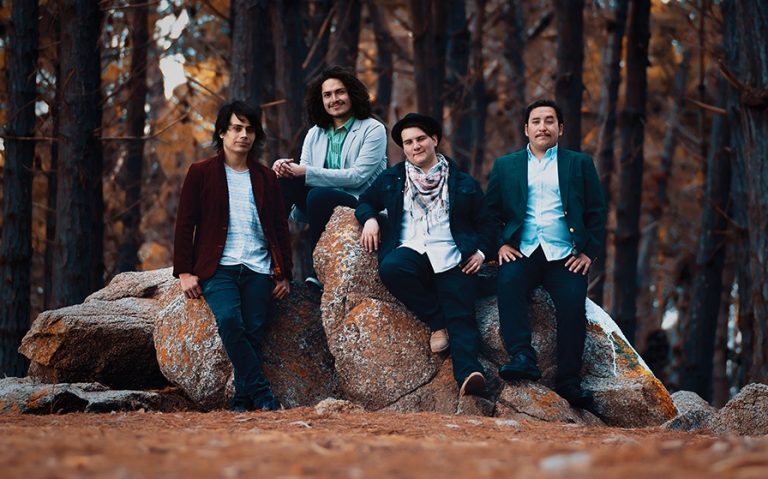 Alodia’s new single “Esas Mañanas” is a melodic, nostalgic nod to adolescence, inspired by the closing line from the 1986 film Stand By Me (and probably the Stephen King novel it’s based on): “I never had any friends later on like the ones I had when I was 12.”

These coming-of-age friendships mark your life forever, but are often frozen in time and memory. The song floats in the in-between moments of transition, “when you start to detach from your family and become closer to people living the same reality as you, your friends”, Rene, the band’s lead singer tells me. In line with the sentiment, the music video was shot in the forgotten 1970s Club México boxing club in Santiago.

Alodia, the band name, is perhaps another nostalgic freezeframe, a familiar reference for all of its members, based on the name of the famous Chilean radio DJ, Alodia Corral. And this six-piece dream pop ensemble, formed in Santiago at the beginning of 2016, are buzzing to share new music.

Their debut album Fin Del Mundo will be released in September, and was recorded in Estudio del Sur with the producer Tomás Preuss (Prehistöricos) and collaborators Gonzal Yáñez and Christiane Drapela (ex keyboardist of Gepe).

Check out the video for Esas Mañanas and listen to their music on Spotify: