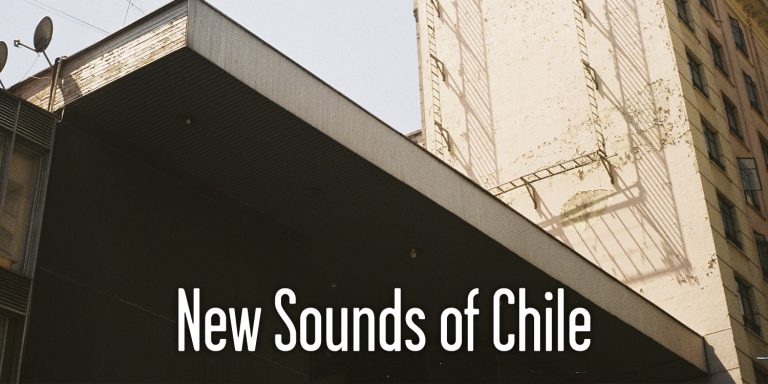 It’s close to the end of september, Chilean Independence Month, so we are back again with a fresh dose of Chilean alternative music, going from rap to electronic, pop and other sonic explorations, including touches of the country’s diverse folkloric roots. A playlist that is meant to have a little something for everyone’s tastes.

There are new songs by familiar faces like Gepe, Catana, Hordatoj and Princesa Alba, but also some interesting up and coming names like the southern electronic pop producer BRENNDV, featuring QLOUD, and an always good to hear modern take on cumbia by urban singer Estasi Assoluto, alongside Benjvmin.

An architect of underground hip-hop, Charly Humos has produced for a lot of the regulars on the rap scene. On his latest album El Final Está Cerca, he invites some big names like Matiah Chinasky, Cevlade and his partner in crime, femcee Ruzica Flores, who kills the beats on “Marla y Su Odisea”, that includes samples of Eduardo Galeano.

Hordatoj is back on the game after a long hiatus, but he comes with a strong artillery. “No Resistas” is the first single of a forthcoming release, entirely produced by Stones Throw-affiliated Oh No.

After a strong last album, which has provided him with a Latin Grammy nomination, Gepe has been dropping some interesting covers of popular songs, with versions of Chayanne and Juan Luis Guerra; he has also made an interesting flip on Rosalía’s modern flamenco, giving it an Andean folklore twist.

Part of a compilation that celebrates six years of electronic music label Panal, female techno producer Valeotro transports us to a steamed up clandestine club, with her swinging percussions and hard hitting claps.

Both artists have an intense background in electropop music in Chile, which makes this partnership a promising one, going deeper towards a danceable production but keeping the catchiness and joy of pop.

Straight from the south of Chile, in the city of Temuco, BRENNDV is making synth-charged electronic songs with a melancholic and introspective feel; on “La Respuesta” she collaborates with fellow artist QLOUD.

Combining his glitch hop influences and eloquent use of samples with darker and grittier melodies, Dementira tries to paint a picture that goes back to the obscure days of the military dictatorship, recreating the legendary attempted murder of the infamous Chilean dictator.

Catana was invited to create a tittle song for a Chilean women’s national football team documentary and their journey to the World Cup. She hits female empowerment bars for days, just as we are used to by Catana, over a funk carioca beat.

Estasi Assoluto has been dropping little gems of urban music, with trap and dembow songs here and there, now he surprises us with a cumbia pop song alongside Benjvmin.