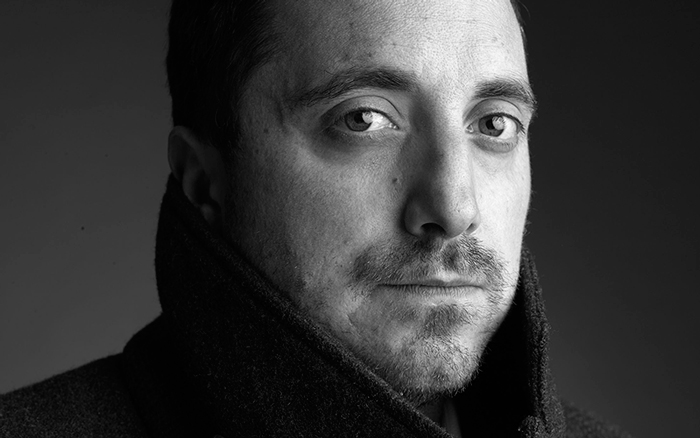 An ocean laps the beach relentlessly like time trapped in a clock. A yellow-bricked house sits on top of the hill, looking calmly over the shore. We encounter a group of characters, both ephemeral and routine in their movements, who infuse the setting with a quirky but reassuring mundanity. They have a pet greyhound which they train. They win some races, they lose others. It appears to be a peaceful life, and yet. Inside the house, the atmosphere is more cramped, the characters more sombre. There is something not quite right.

These first images set the tone for the rest of Pablo Larraín’s film, The Club; an eerie exploration into the scandals of the Catholic Church. It confronts the old church with the new, both as inhibited as one another, stuck in the mud of their internal contradictions and doubled before the inevitable humanity of their most dedicated members. Paedophilia, but also homosexuality and carnal desire fidget below the surface of stoic respectability. For a short while, The Club invites us into a world typically hostile to outsiders and we meet five disgraced priests, exiled to this house by the ocean. Their punishment for their sins is solitude and a life of repentance but we soon discover the Church’s fear of being exposed is greater than its desire to reform its sinners. “The church fear the press more than hell”, Pablo Larraín affirms and I can’t help thinking he feels the same.

We, or in this instance “the press”, are granted twenty minutes with Pablo Larraín, Chilean cineaste and the critically acclaimed director behind films such as Post-Mortem and No, exploring life in Chile under the dictatorship of Augusto Pinochet. The Club is his latest offering and was chosen as Chile’s submission for the Oscars (though it was not ultimately chosen). But Larraín doesn’t really want us to take any photos and seems reluctant to be here. He slumps grumpily into his chair, bracing himself. For a young director who tackles such mammoth themes such as dictatorship and the Catholic Church, Larraín is keen to stress he is not a voice of a generation nor a political messenger. “It’s hard for me to make that kind of analysis; I just want to do the movies that make me feel good. I don’t have a political commitment, neither do I want to change anything, I just want to observe. As a film-maker, I am a little bit irresponsible. In a way, I’m like a kid with a bomb. I don’t really know what to do with it, I just have it in my hand”.

The Club moves at the pace of daily life, one scene blending into another. Sometimes a conversation is continued over two different shots, with the same characters, uninterrupted in their dialogue but placed in a different room, or maybe outdoors as their hair scrambles against the ocean air. Every scene is as poignant as it could be ordinary. Whilst this style is present throughout his work, Larraín pushed further this time and only gave his actors the lines they would be shooting on the day. “This of course is not something you can always do. I could this time because I trust the actors, we have worked together for years, and they trust me”. The effect is to maintain a sense of “presence and the present”, allowing the actors to live out the film’s unique moments as naturally as if they were reacting in real time to the unfolding of the drama, comedy and tragedy of the story, much like we do in our unscripted everyday lives.

We are then presented with the figure of Sandokan, a weathered fisherman, abused by a priest as a young boy, who lurks outside the house by the ocean. He shouts out, for the whole of the village to hear, how he was touched, he says, by God. He details his rape and it is excruciating to listen to. As the shouts escalate, inside the house the priests tense up, their eyes turn immobile with fear.

“When I spoke to victims about their experience, especially those who had been systematically abused for multiple years, I found most of them gave a very graphic, detailed description, almost the same way you would talk about how you build a house or bake a cake. And so I thought it would be more interesting to have the victims explicitly express their abuse so that the audience may create that image in their own minds and draw from that their own conclusions”, Larraín explains when I ask him why, despite this difficult scene, he chose not to overtly judge the priests. “That image of abuse in the audience’s imagination is always going to be more violent and disturbing than the one that I could make. There is nothing more dangerous than the human mind, so you want to use that and work with it”. And so the buck is passed and the condemnation of the priests becomes a task for the audience. Like the small child with a bomb, Larraín may know what he is handling, but he leaves the responsibility of its detonation to us. “I’m not a journalist, it’s not my job to inform people on what’s going on and create a judgment somehow – I don’t have that kind of conscience. What I tried to do was find the humanity that these characters have, and I do that with compassion. Otherwise you would be looking at a docu-drama or a news report. Whilst that kind of work is of course necessary, it’s already being done”.

Our twenty minutes are up and we are hurriedly ushered out of the room. Larraín has warmed up and smiles at us politely, but he remains in his chair. “Do with that what you will” his eyes seem to say.

The Club is in UK cinemas from Friday March 25th. Visit networkonair.com/features/the-club to find out where the film is screening.