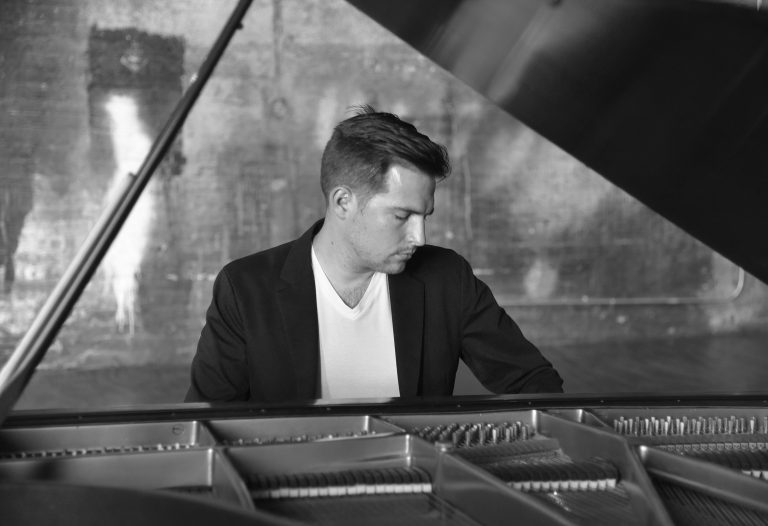 On his latest record Chicago-born pianist and composer Stu Mindeman returns to his childhood years in Chile. After spending time there as a toddler, during a period when his father was performing for the Santiago Symphony, he decided to return to the country in 2017 and reach out to those childhood memories.

The experience has led to new album Woven Threads, an 8-track record featuring collaborations with Chileans Francesca Ancarola and Ana Tijoux, Puerto Rican saxophonist Miguel Zenón, as well as Kurt Elling and Marquis Hill. It’s a record that embraces North and South American influences, Mindeman pushing his compositional skills and piano playing into new territories that reflect his appreciation of the musics of Chile, of salsa and of various Afro-Caribbean styles.

On “Sin Sentido” he worked with Ana Tijoux, creating a highly emotive ballad, poignantly balancing Mindeman’s piano playing, alternating between plaintive notes and dramatic chords, and Tijoux’s flowing, profound voice, with Marquis Hill sensitively accompanying on trumpet. Here’s Mindeman to give a rundown on how the track came together:

“I met Ana in Chile in 2017, and it was a great experience to work together writing ‘Sin Sentido’. Creatively, we connected immediately. I showed Ana a simple groove I had written, and she responded with lyrical ideas, themes of love falling apart and losing oneself. We passed ideas back and forth until she had fleshed out her verse, and using the emotion of the lyrics as a guide, I developed the rest of the composition and the elements of the arrangement. I was thrilled to invite Marquis Hill onto the track as well; his trumpet solo profoundly evokes the emotion of Ana’s lyrics.”

Woven Threads will be released on September 14 on Sunnyside Records.

Listen to “Sin Sentido” below: