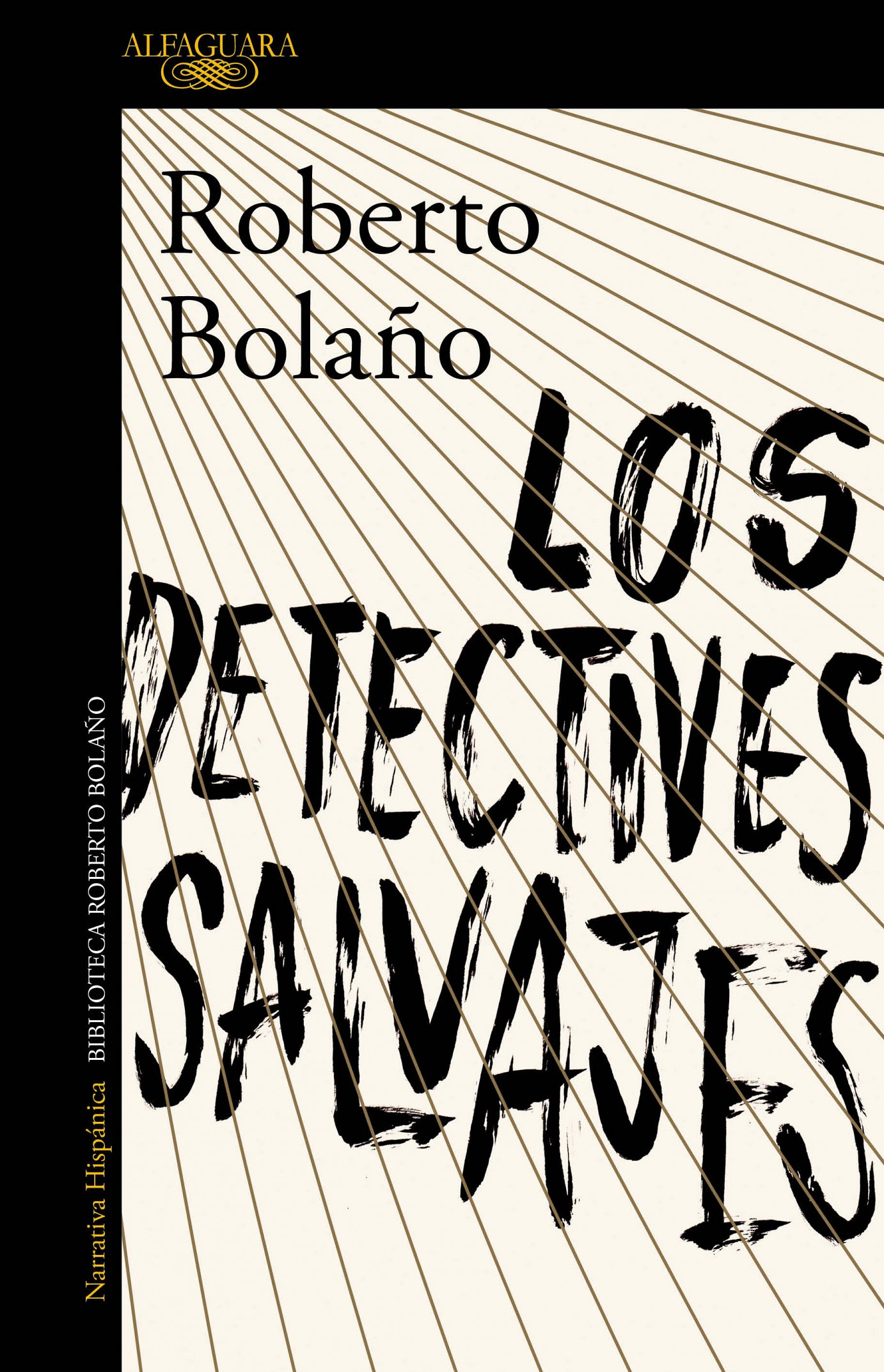 Los Detectives Salvajes (The Savage Detectives, 1998) is too vast and original to fit into any tag or category easily. It will overwhelm any attempt to tame it, like a river that fiercely overflows its bank at every turn. Borrowing from travel-narratives, crime-fiction, narco-literature, short stories, meta-literature, satire and memoir, this novel constitutes a gripping read even if it sometimes feels direction-less.

The renowned Chilean author, Roberto Bolaño (1953-2003), decided to set his masterpiece mostly in Mexico, the country where he grew up. Divided into three parts, the first one (“Mexicans lost in Mexico”) is narrated in diary-form by a young aspiring poet, García Madero, who dwells through Ciudad de México. Almost by accident he joins a new vanguard poetry movement, the ‘real visceralismo’, which is led by the two protagonists of the novel: Ulises Lima and Arturo Belano.

These two characters are enigmatic from day one. They disappear for weeks on end, putting any development of the ‘real visceralismo’ on hold. Ulises Lima is a false identity, adopted by this character in probable homage to Homer’s Ulysses, foreshadowing the extenuating travel-narrative that his own life will become. Belano is thought to be Bolaño’s alter-ego. Like the author, Belano is a Chilean growing up in Mexico who returned to Chile in time for Augusto Pinochet’s 1973 coup and joined the resistance, before leaving in exile. While the ‘real visceralistas’ hold great admiration for Lima and Belano, we can never read any of their poems, and it is not clear if they actually write much. “Sometimes they wrote poetry, but they were not poets. They were drug-dealers”, says a secondary character, Alfonso Pérez Camarga.

This first part has the charm of thrusting the reader into the chaotic experience of what it’s like to form a new vanguard movement, while the 17 year-old García Madero loses his virginity and begins a journey of frantic sexual encounters throughout Mexico City.

A dramatic event puts an end to this first act, and the narrative choice shifts drastically in the second (and bulkiest) part. We hear direct monologues from a fantastic array of different characters (over fifty) who have met either Lima or Belano, as if somebody was interviewing them. The setting now becomes global: the duo’s adventures take the reader to Paris, Barcelona, Tel-Aviv, Liberia, Austria, Nicaragua and more, over a period of twenty years. This extraordinary diversity of narrative voices lends a polyphonic feel to the narrative, where we follow the remarkable lives of these two characters through the impressions they left behind in dozens of characters.

This narrative choice allows us to meet some highly peculiar and idiosyncratic figures, like the Austrian anti-Semite Heimito Kunst, who shares a prison cell with Lima in Beersheeba; Clara Cabeza, who is Octavio Paz’s secretary; or Xosé Leandro, a high-flying lawyer who edits a poetry magazine and quotes Latin in every one of his paragraphs.

In this flâneur-like travel-existence, Belano appears to sleep with every woman he encounters, ranging from the body-builder María Teresa Solsona to Oxford student Mary Watson and the French masochist, Simone Darrieux. Like the flâneur poet par excellence, Arthur Rimbaud, Belano also hopes to die in Africa.

This army of characters include every element in the field, to borrow Pierre Bourdieu’s term, of literature. There’s an array of authors ranging from aspiring ones like the real visceralistas to established ones like Octavio Paz or the ‘poetas campesinos’, editors who care a lot about business and little about literature like Lisandro Morales, pretentious critics like Iñaqui Echavarne and academics like Ernesto García Grajales.

There is a fantastic scene towards the end of this second act which captures the drama, humour and absurdity that engulf the entire novel. Belano fears that a renowned critic – the aforementioned Echavarne – is going to publish a negative review about his latest work. Naturally, the protagonist challenges the critic to a duel. Echavarne thinks he is joking but soon realizes otherwise and decides to accept. Both characters face each other in a deserted beach with swords in hand as if the narrative had suddenly jumped to the 19th century. A wink towards any potential reviewers of this novel perhaps?

Part three takes us back to Mexico but away from the city and well into an ‘On the Road’ styled narrative which takes place in Sonora. An insightful scene within the car exemplifies the melting pot of high and low-brow references that the author stirs together. While bored in the car, García Madero asks his travel-mates if they know the meanings of rare literary terms like ‘quiasmo’, ‘moloso’ or ‘epanalepsis’, demonstrating his vast academic knowledge. But the game takes a sharp turn when Lupe the prostitute begins asking about the meaning of colloquial expressions from the streets like ‘la grandiosa’ or ‘Javier’. Prostitutes and poets, contemporary slang and ancient Greek all interweave in this polyphonic novel which encompasses the whole social milieu of Mexico.

The theme that stands out is literature itself, and more specifically, the survival of poetry. It is highly significant that this text is about poetry and poets, yet the poetic experience is transferred to the medium of the novel. Furthermore, it is not a poetic novel at all, since the language is accessible and straightforward. Even though it is a novel about the ‘real visceralismo’, in 700 pages we are never able to read or hear a ‘real visceralista’ poem. If we follow the line of the critic of Letras Libres, Rafael Lemos, this might be Bolaño’s way of saying that we “survive in a post-poetic world.”

The verdict: A novel which somehow manages both to mirror life in all its randomness and simplicity, and to encompass a vast and complex literary universe that synthesises the field of Latin American literature at the turn of the century.