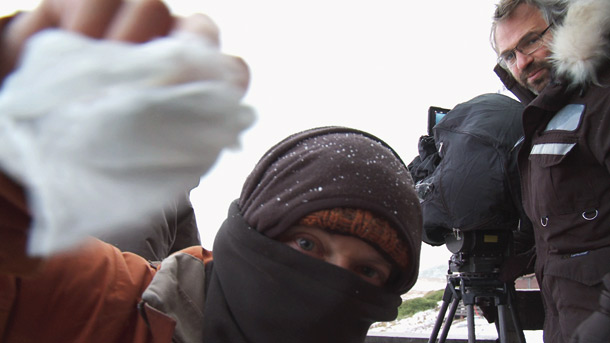 Where The Condors Fly

If you asked me to name the world’s great wildernesses, the first three to come to mind would be Patagonia, Siberia and round the back of Sainsbury’s in Harrow, where in a previous life I had to spend several weeks uprooting immense weeds and carnivorous plant tentacles, all covered in death-thorns and cat piss, in a place where nobody would ever go and nobody would ever see. And it just so happens that two of these globally-evocative locations are on exact opposite sides of the world. They are antipodes.

As everyone knows, Sainsbury’s in Harrow directly opposes a North Korean nuclear weapons facility, meaning that the vast expanses of Patagonia and Siberia, famous for expensive outdoor wear and gulags respectively, are located on the planet’s furthest possible reaches from each other. Tunnel straight down from one and you will eventually emerge in the other. Pack your Russian vodka and ice it with Patagonian glacier upon arrival. There are definite similarities between the wind-swept, rain-lashed isolation of these two hugely beautiful regions, even though one is far more likely to be swarming with gap year kids from the Home Counties.

The Russian filmmaker Victor Kossakovsky has documented the phenomena of the world’s direct counterpoints in his film Vivan las Antipodas! (Long Live the Antipodes!), recently released in the UK, and which I won’t say too much about as I haven’t yet seen it (although it’s pretty good by all accounts). But as Kossakovsky circumvented the globe from Siberia to Patagonia, while also documenting the antipodes of Shanghai and Villaguay in Argentina, he was shadowed by Chilean cineasta Carlos Klein, himself making a film about filmmaking.

Like some sort of digitally-constructed Matryoshka Doll, Klein’s Where the Condors Fly (Donde Vuelan Los Cóndores) follows Kossakovsky throughout the entire process of Vivan las Antipodas! to emerge as a film within a film. It is a premise that could theoretically be applied ad infinitum. Perhaps, unrevealed in either Kossakovsky’s or Klein’s film, a third hidden figure is recording the dynamic between the two men, the rivalries, the inspiration, the tiffs. And then a fourth maybe capturing this observational triptych and their squabbles over who gets to ride shotgun. And a fifth, and so on. The Human Centipede of filmmaking.

But there’s nothing to suggest that that is what’s going on here. In fact, what comes across is a union of two documentary makers from far flung parts of the world, brought together by a shared ambivalence towards modern cinema caused by a proliferation of films that coincides with a decline in talent. Best quality Movies4K download. According to Kossakovsky, technological advances, regularly lauded for increasing accessibility into filmmaking and other previously exclusive artforms, have led to today’s uninventive and staid cinema scene, as human ability doesn’t correlate with the rapid increase in tech-possibility. It’s like the caveperson who invented fire: when only he or she had fire, his or her food was the best. Then everyone else invented fire and suddenly the food didn’t seem so special anymore.

Klein’s views on contemporary film largely echo those of his mentor, and thus they embark on a journey that begins in Siberia and heads to the aforementioned locations on a sort of boy’s own adventure-meets-voyage of personal destiny. It’s not hard to see why Klein took up Kossakovsky’s invitation to come along for the ride. As well as the stunning landscapes captured by Klein, from the windswept Patagonian wilderness to Shanghai’s seething urban swell, Where the Condors Fly centres round the immense personality of Victor Kossakovsky, whose absolute immersion in his art is apparent from the outset.

A rotund, hairy, laughing, crying bear of a man, Kossakovsky looks how one would more or less imagine a Russian documentary maker to look, his combustible character apparent in periods of despondent melancholia or soaring jubilation. In the odyssey’s early stages, we are given insight to the filmmaker’s complexities. In Siberia, a female choir sings an old folk song as Victor arranges the music for his latest film. From his reaction, eye-rubbing, hair-pulling, mildly-convulsing, it’s difficult to tell whether he’s experiencing a moment of sheer, unbridled emotion at the song’s stark humanity or if he is descending into a pit of unbridled rage. A little later, he seemingly jumps/dances/falls off a clifftop into the fearsome Patagonian ocean, provoking an alarmed response from Klein, who doubtless would recoil at the thought of filming Victor’s death.

Where the Condors Fly is a moving, enlightening and humorous film. Part character study, part ode to filmmaking, Chilean director Klein also pays tribute to the human spirit and to Mother Nature in arousing imagery and sound recordings of wind so forceful that it seems to gust from the screen itself. With the generally-positive feedback for Vivan las Antipodas, this is a novel companion piece which addresses the emotional investment filmmakers put into their art. Now, if only a third cameraman was there to document Klein’s sensibilities to Victor’s internal conflicts, that’ll really be something.