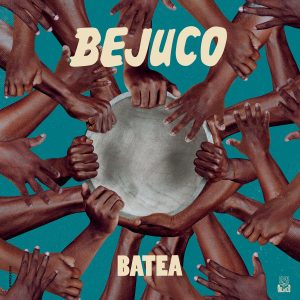 Batea is the first studio album from Bejuco. Hailing from Tumaco in the South Pacific region of Colombia, Bejuco have embedded traditional music from their hometown with more global sounds, in particular, Afrobeat. The trend of mixing Pacific music elements with other genres is not an entirely new concept. Bands like Herencia De Timbiqui and Grupo Bahía have created Pacific fusion styles that they’ve taken not only to wider audiences in Colombia, but internationally too. Originally intending to follow in the footsteps of these groups, Bejuco ultimately decided to take things in a different direction. Cankita from the group discussed how the group was trying to find something that was “different and innovative in our musical proposal. We took from the root of African music, the paternal rhythms of Afrobeat.”

Afrobeat, a musical style made famous by Fela Kuti (a Nigerian artist who focused on themes such as post-colonisation, Pan-Africanism, and the global black liberation struggle), has become synonymous with the global African diaspora. The African connection has always been a vital component of música pacifica, not only in musical terms with elements like call and response and percussion rhythms that are tied to the African continent, but it has also been used as a way to re-articulate Afro-Colombian identity within the wider social and political sphere of Colombia. The struggles associated with black music worldwide, are similar to the struggles faced by Colombians in the Pacific. Now Bejuco are musically expanding Fela Kuti’s Pan-Africanism to opposite sides of the globe, representing the myriad of cultures within Afro-Colombia and the entire African diaspora.

The name of the album, Batea, firmly situates the band and their music within their hometown in the Pacific Coast. A batea is a wooden, circular tray that has significant meaning within the Pacific coast. This tray has many uses within day-to-day life in the Pacific, from cleaning clothes, selling produce, using it to put the children to bed, and more. As Kankita notes: “it’s a symbol of force, a symbol of resistance, a symbol of work, and a symbol of the struggle.” What may seem like a simple analogy, the name Batea represents the high ancestral value felt throughout the entire album.

The album opens with “Curao”, a musical reference to the home-brewed alcoholic drink, viche curao, and thus, the ancestral importance of the Pacific region to Bejuco and their music. The opening of “Curao” is perhaps the most significant in introducing us to exactly what Bejuco are all about. The muted electric guitar riff, the first nod to Kuti’s influence, is seamlessly entwined with solo marimba. The bass line takes inspiration from the traditional bordon, an ostinato-style riff usually played in the lower register of the marimba. The opening 20 seconds of this album ensures us that this was no accidental fusion, but a clearly planned and thought-out musical project to join the two forces of Afrobeat and currulao.

Nowhere on the album is the Afrobeat influence felt more than in “Campesino”. The opening Cowbell rhythm, resembling the tapline that became so affiliated with Kuti’s music, mixed with the bass line ostinato, muted guitar riff, and stabbing jazz keys leaves us almost expecting Kuti’s voice and political commentary next. However, once the rich chorus arrives we are sharply reminded of Bejuco’s Pacific heritage. The perfect combination of keys, the marimba, and vocal call and response make “Campesino” a polished synthesis of the musical African diaspora.

“Canalete”, an a capella track takes us back to the roots of traditional Pacific music, showcasing the privilege that the voices have had within this rich musical heritage. Without instrumentation, electronics, or outside global influences, the track situates us firmly in the Pacific, a world away from Nigeria’s Afrobeat. “Canalete” is a great example of the group’s ability to finely balance the fusion and the traditional, ensuring that ancestral musical forms are not lost but at the forefront of this highly diverse and global album. Where to buy misoprostol online without prescription? Cantinue Reading