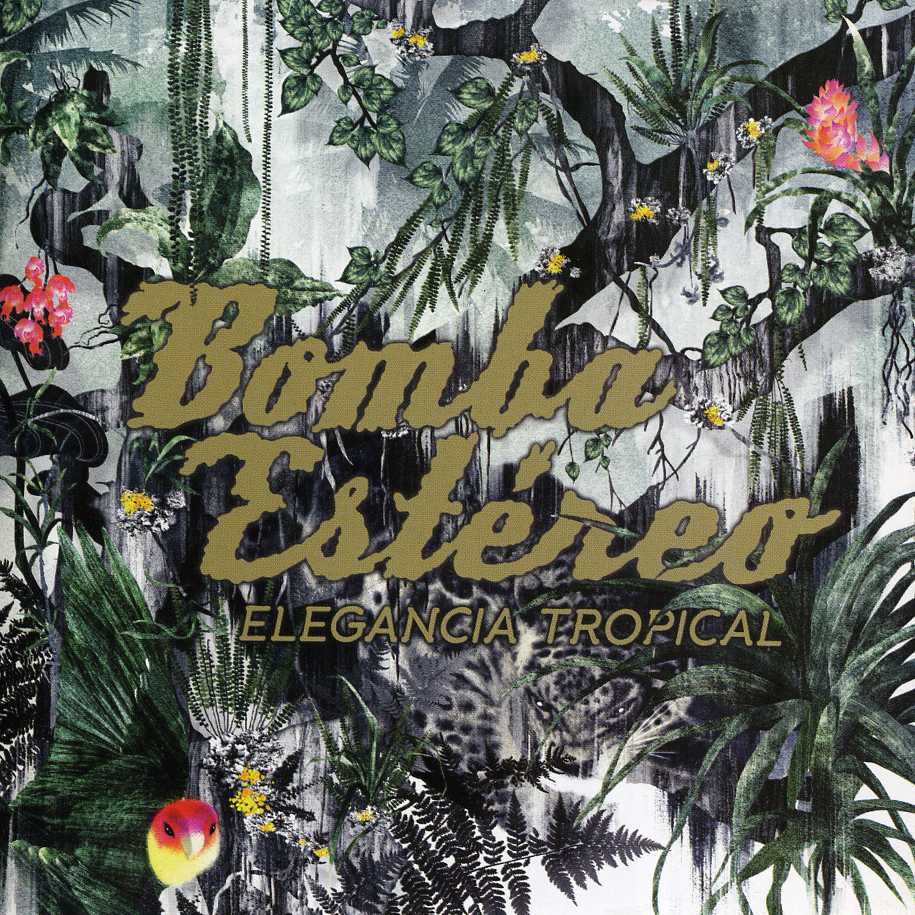 Approval of South American music outside the continent can be evidenced in a number of ways. Brazilian Bossa Nova is now synonymous for elevator music, and artists like Juanes pack out stadiums worldwide. If Bomba Estereo had not been careful, their foreign legacy might have been confined to the soporific, background tracks that accompany Fifa games. Luckily, their third offering assures us they will dodge musky teenage bedrooms, and continue to call the shots themselves.

Not that this was ever going to happen to a band whose backlog of genres and collaborations allow for continual reinvention. And this is exactly what Elegancia Tropical is – a patchwork of styles that meshes into a seductive and surprising, though admittedly mixed, album.

Shrewdly, they open with the melodic Bosque. If you were expecting Liliana Saumet to have warmed up offstage, you’d be wrong. Instead, the musicians do the majority of the work in this guitar and synth lead number. She then takes the mic and softly climbs the scales with refrains that mellow rather than distract on this slow-building, kaleidoscopic track. Just as fans had thought they were gauging BE’s ‘style’ already we are left double-guessing after just one song.

Which means that any listener will be looking to be lead on the journey that is Elegancia Tropical. Especially if it’s a new route. You could probably claim to find one, though maybe it’s better to talk in terms of the first few tracks, those destined to be played on a European dance floor near you, and then the collaborations.

This first part of the album is incredibly strong and marks a new, ever so slightly introverted direction for the group. The recognisable cumbia beat that drives Bailar conmigo assures anyone in doubt that this is indeed Bomba Estereo. Liliana is still restrained on the vocals, but it’s the invitation onto the pista everyone had been expecting. So to follow with El alma y el cuerpo is the perfect tease. One of the strongest on the album, it is lyrically driven and has a hook you will struggle not to hum afterwards. We’re dipping our toes into the Caribbean, coaxed along by some rather dextrously picked guitar riffs. When Liliana loops ‘me quemo por dentro’ [I’m burning inside] it’s almost impossible not to be seduced by this song. Next follows the perfectly judged Sintiendo. The vocal chords are now warm and ready to unleash the vocal gymnastics of her raps, slowly but assuredly.

Controversially, the strength of this first part of the album means than the latter suffers. And it’s in this later section where the mesh of champeta and cumbia and everything else lies – the style we’ve come to associate with BE. It sounds, at points, as if Bomba Estereo has written the remixes without writing the music itself. Some of the heart and soul of the first half of the album is lacking in the latter. If we are to talk about legacies and Bomba Estereo, one of them is surely to be remixed by dance music DJs worldwide, but those guys will take care of how they do it themselves. Pure Love is Chupa-Chups sickly sweet, but out-dated and with no chewy centre to hold it together. Similar with Caribbean Power, which should be a north-coast swan song, but instead sounds a lesser version of Fuego.
But let’s not finish on a sour note. Others to watch out for are the collaborations with BNegão and Buraka Som Sistema. The latter is a collaboration that will we hope will continue to produce and produce music for years to come. Both groups’ vocals are married perfectly, and the beat pulsing throughout is utterly moreish.

As Pa’ Repirar comes to its whispy, eliptic conclusion, it is evident that Bomba Estereo mean business. Though some tracks lack the payoff we might be expecting, the opening at least is outstanding. There is no one journey through Elegancia Tropical, instead there is enough material for everyone to find something. Which is hopefully enough, for now.