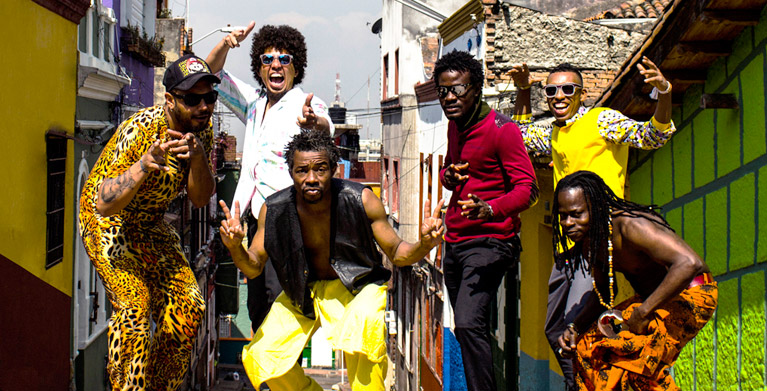 The latest video from the Bogotá-based champeta group Tribu Baharu hits like a tonne of fluorescent, jumping, hyperactive bricks. Effervescing with life, this is the latest chapter in the life of champeta, an African/Caribbean/Colombian groove that continues to grow and is the favourite native rhythm at any sound system party on Colombia’s Caribbean coast.

Tribu Baharu’s version of champeta sits alongside that of La Makina del Karibe; present are the soundsystem deejay yelps and calls to action and the West African guitarwork, as are the skipping electronic beats (a must since the style took on its modern incarnation in the 80s with interpretations by the likes of Elio Boom and Louis Towers). What’s different is the pace (this music is fast!) as well as the denser production (full of effects and extra flourishes) and the years of refining the style.

Here you can check out their latest video. This is “Made In” by Tribu Baharu, which appears to be filmed at both Cartagena’s Voces del Jazz Festival and in San Basilio de Palenque: