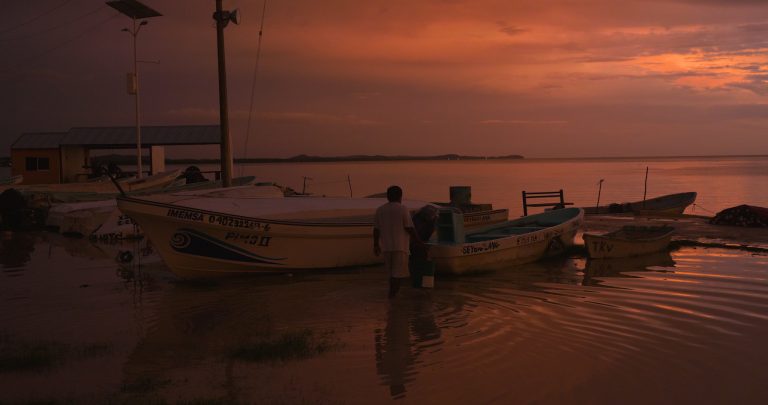 CiNEOLA: a platform showcasing documentaries from across Latin America

CiNEOLA is a new platform created in 2020 to showcase documentaries from across Latin America. A new documentary is released on the platform each month, accompanied by podcasts and other events. We took a look at two films available to watch for free on the platform, introducing viewers to stories from Mexico and Colombia: La Marea and Lumbalú.

The film shows us an insight into the life of 18-year-old Jorge, who lives in a quiet fishing town called Seybaplaya on the Southeastern coast of the Gulf of Mexico. The format of the film is unusual and interactive: viewers can explore the film via an interactive webpage showing a bird’s eye view of Seybaplaya. Clicking on different locations in the town will reveal short film clips showing an aspect of Jorge’s life or daily life in the town: at home, in a taxi, in the sea, at the circus. You can even ‘join’ Jorge himself on the beach. It’s an intriguing way to watch a film, featuring some beautiful shots of the beach and dramatic storms and sunsets over the sea.

Lumbalú is a short film directed by Lucía Betancur, previously screened at festivals including FLAWA and is now available to watch online here.

This short film throws the viewer directly into the Lumbalú, a funeral ritual that takes place in San Basilio de Palenque in Colombia, known as the first free African town in the Americas, founded by escaped slaves. These “complex funeral rituals” were mentioned by UNESCO when the town was added to its lists of Intangible Cultural Heritage.

Betancur’s film follows the story of the death of a man in San Basilio de Palenque, told by the women in his life. What’s striking about this film is the use of black and white, avoiding any of the colourful architecture and clothing that the town is famous for and allowing us to focus on the story of one family’s grief.

For people who are interested in finding out more, CiNEOLA has put together an informative Instagram series called ‘The Invisible Black History of Palenque, Colombia’.

Check out CiNEOLA’s website for details of upcoming documentaries to be screened on the platform.