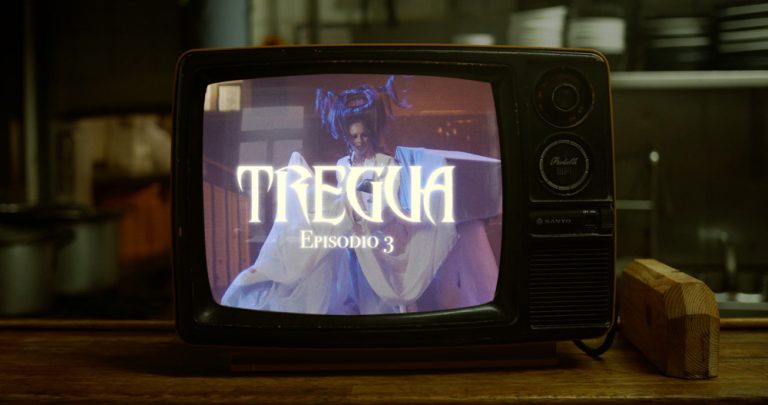 South London-based Colombian artist JSCA explores a migrant couple’s experience in the UK on her upcoming EP, TELENOVELA, with each stage of their journey recounted through the five tracks.

The first single, “Tregua”, released last week, is a rebellion song. “In essence,” she says, “this song is about being the underdog and understanding that your time will come.”

“’Tregua’ [a truce or ceasefire] is about the moment you realise that as an immigrant, people will want to step over you, take advantage of you, but that although right now you may be at the bottom of the barrel, there will come a time when you are at the top.” “Step on me softly, I’m a threat / Tread on me lightly, don’t forget,” she sings on the track.

In the music video, styled as a classic telenovela, we see JSCA zooming through twilit London on her scooter and dancing beside it, draped in glamour, representing the thousands of Latin American delivery riders in London.

While Rosalía’s new album Motomami rises to the top of the charts, JSCA’s own moto is a symbol of the hard work of migrants in London and their trajectory towards success.

The video begins as Tregua, the telenovela, slots into a DVD player among stacked plates and takeaway boxes, seemingly in a takeaway restaurant. Following a bolero-style intro, the production swiftly breaks, a harder beat cutting through as we see JSCA crossing the open-air walkway of her South London tower block home, helmet in hand.

The aesthetic is at times witchy and powerful as JSCA warns against underestimating the power and resilience of London’s migrant communities. Although her movements are informed by Colombian cumbia, paying homepage to JSCA’s heritage, she wears black to represent the struggle for recognition in the UK.

The video, a Plus Another One production, is directed by Luca Ritucci, with treatment and art direction by JSCA.

Listen to “Tregua” on Spotify