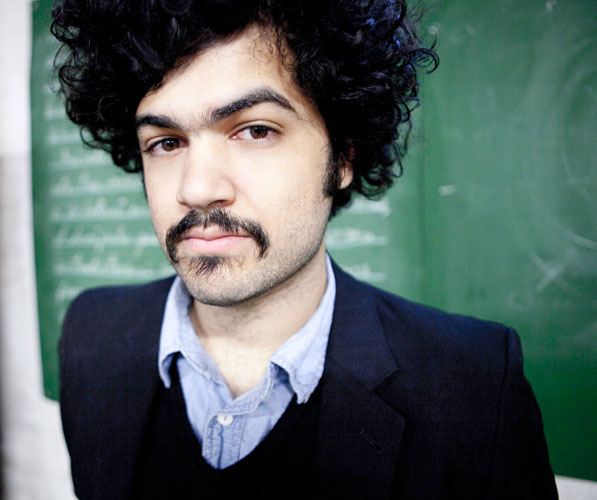 Galicia, Spain’s, Triángulo de Amor Bizarro (yes, their name hails from the New Order song) has been around since 2004.

“Our sound is probably different than what’s expected from standard Spanish music, or at least those that reach here [the western audience], and its usually a bit weird for people that we’re so distorted and…wild,” the band says. Watch “Delirio Místico” below.

“[Our creative process] is definitely organized chaos,” they say. “You need to have a sense of logic and rationality writing and creating. But also creating sometimes is a bunch of randomness, a lot of mistakes and trusting your instinct.”

We’re big fans of Dominican Alex Ferreira. He calls Mexico City home, but the sound of his music draws from all over. In this performance of “Ícaro,” he’s joined by Astro‘s Andrés Nusser.

“[Cinema Tropical] was produced by Andrés Nusser who is this amazing Chilean artist from the band Astro. His band is very electronic so I worked with him trying to get that sound make everything a little bit more in that vibe,” Ferreria says. “It’s been a year since we’ve been here doing the record and now it’s finally out.”

Stay in touch with The House of Creatives (the Hoc) on their Facebook page.