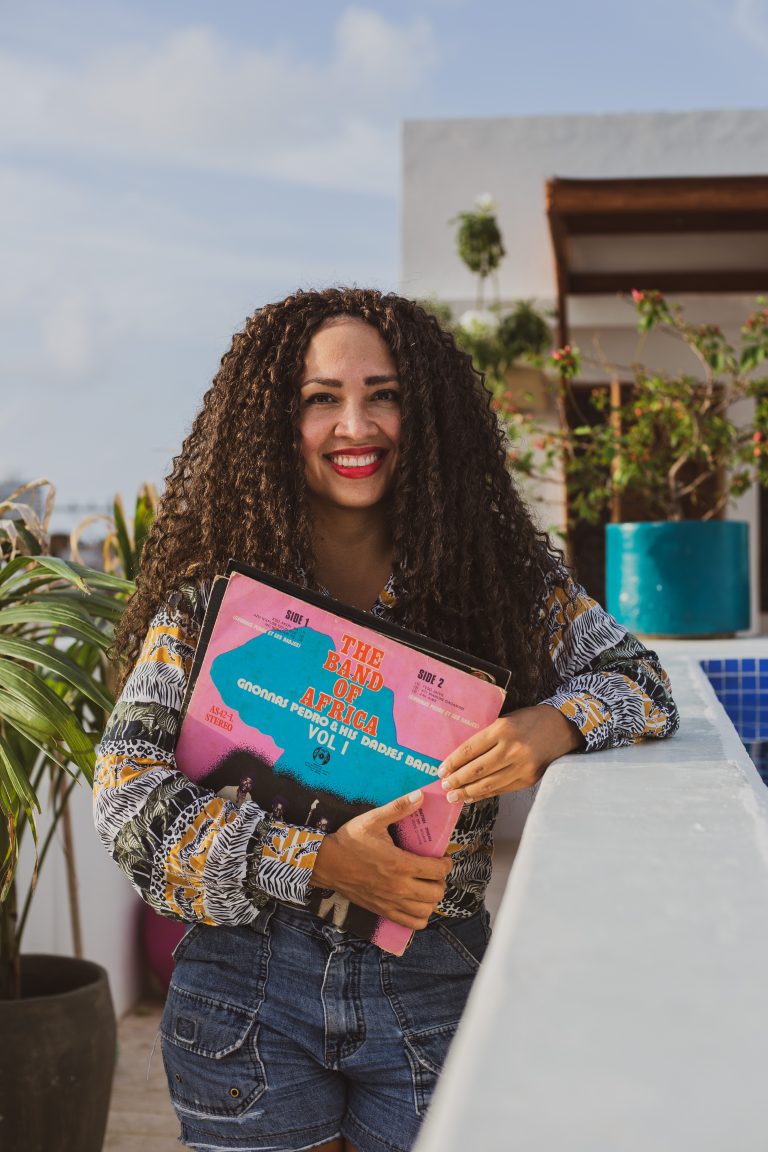 From the Colombian Caribbean: Edna Martinez’s Sounds of the Picó Embrace Us

Through the rest of November, we will have the opportunity to tune into, and be embraced by, an explosion of Afro-Caribbean sounds transmitted directly from Cartagena, Colombia, by Edna Martinez. Those who do not yet know the name may be surprised by this artist, DJ promoter and cultural activist, who for roughly four years has been refining a truly unique set. Her selections are characterized by rhythms that are the narrators par excellence of the constant musical journey between the territories that we know as Latin America, Africa, the Caribbean and the Middle East (highlife, soukouss, calypso, benga, Congolese rumba, among others) and, in particular, in the rhythms traditionally spread through the cultura picotera (picó culture) of Cartagena and the Colombian Caribbean (champeta, charanga, Afro-Cuban rhythms, traditional music of the Caribbean region of Colombia). All this translates into an ode to the organic and the personal, as well as to collective enjoyment and dance, driven by an almost constant high tempo, which promises catharsis to its listeners.

When and where to tune in?

This radio show will focus on soundsystem culture from the Colombian Caribbean. The picós, as they are called in Colombia, can be found in every working class neighbourhood and have a social and communal function like the sonideros in Mexico or Jamaica’s soundsystems. In Colombia, the picós are famous especially because of their colourful boxes, loudness and strong connection to African music. To the wide palette of rhythms ranging from soca to zouk to mbaqanga to guaracha to salsa to jibaro to soukous to zulu, the picoteros incorporate their own perceptions and understandings of these rhythms, as well as their own rhythms and sonic traditions. The radio show Picó with Edna Martinez attempts to be an insight into picó culture by showcasing traditional music played and promoted through the picós, having local DJ/selectors as guests, and presenting interviews with urban legends and more. Once a month we will be able to witness the sonic and rhythmic diversity of the picós in their daily life in Cartagena.

For this opportunity, Edna Martinez has prepared a set within the project PICÓ: Un parlante de África en América produced by Auto Italia South East and directed by the artists Invernomuto and Jim C. Nedd. The main focus of this research is to “situate picó culture within a global discussion on the role and potential of soundsystem cultures as sites of sonic resistance”. Within this context, Edna Martinez’s set will join Deborah Pacini Hernandez’s article “Sound Systems, World Beat and Diaspora Identity in Cartagena, Colombia”, to discuss the question of how identity is lived and constructed from the diaspora, from the distance.

“From my experience as a member of the Latin American and Caribbean diaspora, I like the idea that we are like tropical plants that, just as they need water not to dry up, we need music, spaces for cultural and social interaction that translate our feelings or nostalgia into dance, and enjoyment to feed our spirit.“

So, whether we are part of the African, Caribbean or Latin American diasporas or not, let us embrace these sounds directly transmitted from Cartagena and find in these experiences an opportunity either to learn more about the picó culture specifically, or in general to reflect, yes, how and where our personal identity is located, but above all how it is always in interrelation with a collective one, and these in turn with a whole.