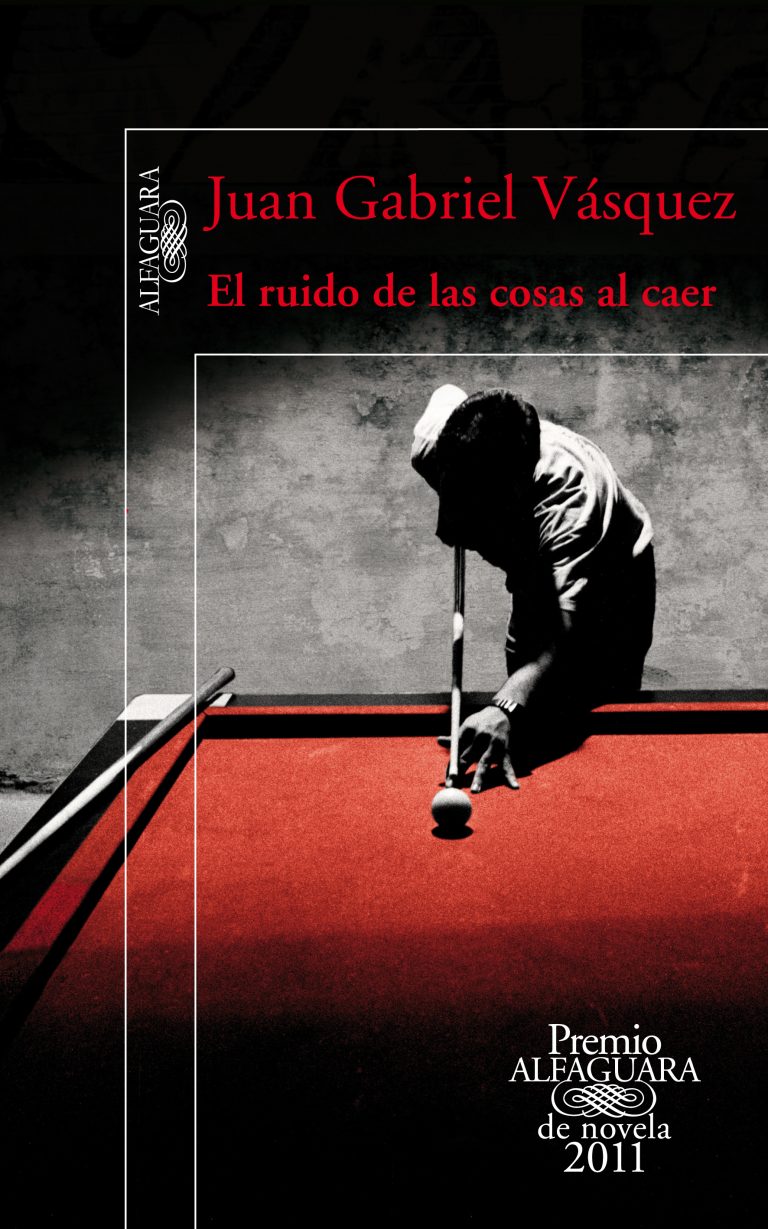 In a shady billiards joint in La Candelaria, central Bogotá, Antonio Yammara, a young law professor frequently spends his evening. There, the professor – who wrote his dissertation on how Hamlet’s insanity exempts him from responsibility – often seduces his female students, side-by-side with a gaggle of chain-smokers drinking coffee with brandy.

One day in December 1995, Yammara plays billiards with a mysterious older man, Ricardo Laverde, wondering why he always looks tired. His thoughts are read and then duly answered by an anonymous narrator: “It is because of prison. He has just been released. He was in for about 20 years, people say.”

After Ricardo Laverde and Antonio Yammara become as close as two men who do not speak about their private lives can be, the first gets killed and the latter badly injured by assassins on a motorcycle. Unable to overcome this trauma, Yammara’s insomniac life becomes filled with fear and anxiety. The eloquent law professor loses his charm and becomes something akin to a paranoid hermit. In a fantastically vivid yet harrowing scene, his wife Aura brings him something wrapped up. Antonio opens it thinking of a present and finds a violet vibrator. “It is for us”, she says. He has been unable to perform sexually since the attack. He cannot take the embarrassment and bursts out of the bedroom.

Antonio’s quest becomes to discover who Ricardo Laverde was. This takes him to meet his daughter, Maya Fritts, and together they dive into the past through letters and reconstruct his life story.

“Nobody knows why it is worth remembering anything, what benefits or punishments it brings, or in what way the past can change when we remember it, but remembering Ricardo Laverde has become an urgent matter to me.” (p. 15)

There are three important timeframes in this novel. The actual writing occurs sometime after 2009. The present of the action that dominates the story takes place in the 90s, when the law professor meets Laverde, gets injured and then three years later is contacted by Maya. Yet in chapters 4 and 5 they reconstruct the life story of Roberto and Elaine which takes place during the 70s, at the height of Colombian drug-trafficking into the United States.

The novel is narrated from the first person perspective of Antonio who is writing his memories. It is in chapters 4 and 5 when he becomes the narrator of a different story, which simultaneously explains his own. However, Antonio’s reliability as teller of this new tale is always under suspicion: he is recreating the story of Roberto and Elaine from letters, magazine articles and Maya’s testimonies, filling in the holes with what we can assume is a lot of poetic licence. His honest prose composed of long simple sentences does not ramble, but rather combines precision and economic language, denoting the voice of a detached man who has lost the ability to romanticize events.

There appears to be a subtle reference to the canonical Colombian author, Gabriel García Márquez, at the beginning of the novel: “The day of his death, in 1996, Ricardo Laverde (…)” (p.15). García Márquez’s iconic novel, Chronicle of a Death Foretold (1981) begins similarly: “On the day they were going to kill him, Santiago Nasar got up at 5:30 am (…)” Vázquez seems to be engaging with his predecessor by letting his reader know that a crime will occur, thus altering the traditional chronology of a thriller. In fact, the chronicle style used to narrate fiction inaugurated by García Márquez is put to good use here by Vázquez.

In a well-informed review by Alejandro Tarre for ProDaVinci, the author criticises the novel for telling a story with a lot of potential, but which actually falls short of engaging thoroughly with the socio-political context surrounding the rise of the drug cartels and not living up to his expectations. In a way, Tarre is right that the novel tells a story which is quite tangential to the erupting volcano that Colombia had become in the 70s and 80s. Yet this is part of the novel’s strength: the protagonist is not a drug-lord like Pablo Escobar or an important politician of the time like César Gaviria. The protagonists are nobodies. They are those anonymous characters whom history does not name. Laverde constitutes one more death in the shady business of drug-dealing and Yammara’s scarring is mere collateral damage. The futile attempt to come to terms with the effects of violence on an individual level takes precedence over trying to understand the causes of violence on a macro-level.

Every American knew where he or she was during 9/11. Colombians growing up during The Violence had many such moments. Antonio and Maya share a silent bond because of this generational trauma:

The sound of things falling could be the sound of the many planes that crash in this novel. “Up, up, up” is the title of the last chapter and the pilot’s wishful hope. Yet the sheer darkness in Colombian society acts like a sinister law of gravity, forcing everything and everyone to come crashing down.

The verdict: An intimate exploration of the lives of ordinary people during Colombia’s Violence.