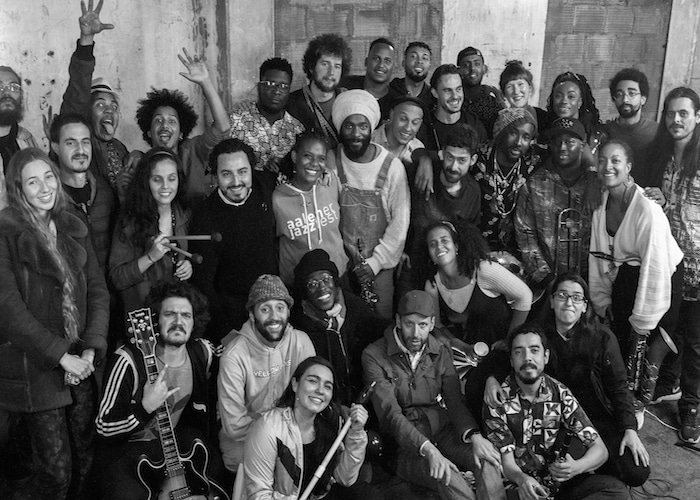 In normal times in a normal world, it’s round about now that a seething, steaming mass of humanity would be swaying hips and poppin’ fingers at live venues around London for the annual La Linea Latin music festival. For obvious reasons, it didn’t happen in 2020 and won’t take place this year either – or not in its original format. Live events have been rescheduled in hope for 2022. However… a unique and mouth-watering event definitely will happen on the first Sunday of May.

Following a cross-cultural, cross-musical meeting of the spirits in Bogotá’s Jazz al Parque in September 2019, the principal players of the Mestizo project are re-uniting virtually for a live-stream performance on May 2nd. Mestizo is a collaborative project between the UK and Colombia initiated by and under the aegis of the British Council. It brought together rising stars of the London and Bogotá scenes with the idea – in the words of one of the Colombian protagonists – “to see what the British delegation is proposing with their music, that they share it with us; then, we share with them some of what we can do and we merge at the end.” You can watch that merger in all its glory in a 17-minute clip (below) that captures the excitement and joy of what can happen when gaitas, brass, traditional percussion, trap drums and hip-hop vocals are all mixed together to create a hypnotic improvisatory swell that builds to a riotous climax. Theon Cross, Nubya Garcia and members of the Steam Down community feature among a packed cast that includes members of La Perla and La BOA. Rising stars of both musical communities show just how well cutting-edge jazz can work with other musical genres. Some of the instruments may be different, but it’s not that far removed from the kind of trance-like, spiritual jazz that the likes of Coltrane, Archie Shepp and Pharaoh Sanders were exploring as far back as the Sixties.

“It happened over a very short time, but it was very productive and left us thinking about what happened for weeks,” enthused another member of the Colombian contingent. That very short time has been extended. Ten new numbers have been commissioned, to be filmed simultaneously in both London and Bogotá. Originally eight Colombian musicians would have flown to London to spend time in the studio with Theon Cross and Steam Down before a real-live show. Instead, the global streaming event will happen at 8pm in both London and Bogotá and, judging by sneak previews of the music commissioned, it’s not to be missed. Watch the trailer [below], buy your ticket and don’t be late for a very important date!