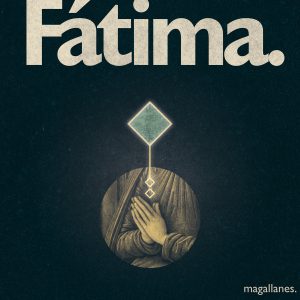 I tried to listen to the first track on Fátima, the new album from Colombian outfit Magallanes, but found it more of a visual experience than an aural one.

Magallanes describe their output as “oceans of electronic and nostalgic sound” and that is exactly what you get from this record, especially from the numbers “Mar de Fuego” and “Fátima”.

Those rolling waves of electronica are augmented by squeaks and bops, by floating space noises. Elements of glitch pop abound, with deliberate jump cuts and flash frames of sound.

At times, it is a playful record, for example with “El Idioma de las Cosas”.

At other junctures, however, it is a little strange. “Tres Días de Oscuridad” includes a Spanish voice describing what could happen in the case of a sudden explosion in the sun, which was set to have taken place in December 2012, according to the Mayan calendar.

There is frequent spoken word throughout the album and also mystic elements that cascade like bending synths and illustrate the religious theme that flows throw this record. The final number, “Credo” (or ‘I believe’ in Latin) ends the album, after a seemingly endless crescendo, on the word “Amen.”

This is not a genre for those who seek clear delineations between tracks. Vaporwave does not do 3:30 with a two verses and a chorus. There are only eight numbers on the album and they swing and swerve together, wobbling like 1990s lava lamps.