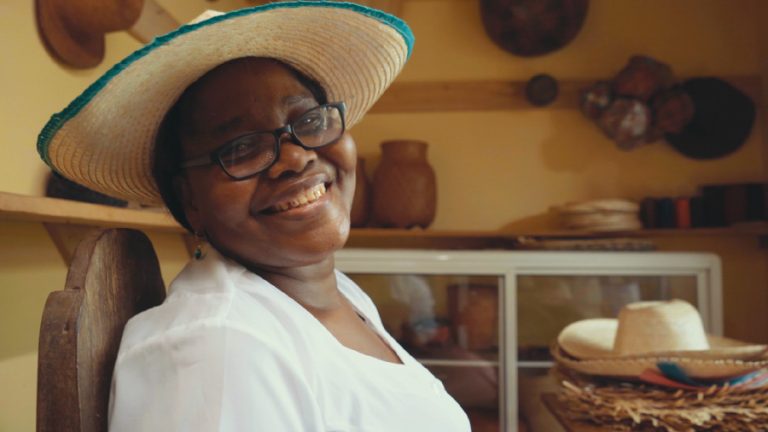 Meet Marimbea, the Artistic Project Working Directly with Communities in the Pacific Coast

The predominantly Afro-Colombian region of the Pacific coast is home to some of the worst levels of violence in Colombia. Since the 1990s, guerrillas, paramilitaries, illicit farming groups, and drug traffickers have all had a major presence within the area. A lot of the income generated from the communities here is unfortunately through this variety of different actors.

However, as can be viewed through the context of numerous Colombian art forms, within the violence and dark times of the Pacific Coast, the musical culture of the region is as strong as ever. In fact, music from the Pacific has seen a boom in commerciality in the past number of years within Colombia. Pacific Coast music has been seen as music of resistance, the sounds of the marimba acting as a political and social voice for the communities residing there.

There are numerous projects within the Pacific coast that provide not only a source of livelihood but a voice for the marginalised Afro-Colombians who must live through the violence and poverty of the region. One such project that works directly with the Pacific coast communities is Marimbea.

Marimbea is an organisation that generates “alternative sources of income for its inhabitants [of the Pacific], enabling knowledge exchanges, and cultivating support networks for its cultural agents.” By creating cultural experiences both within the region and across various cities in Colombia, Marimbea uses the culture of the Pacific Coast to educate those living outside of the region. Both Colombians and foreign travellers, whether they have experience as musicians or not, have engaged with the workshops, learning the instruments, savouring the distinct gastronomy, and immersing themselves within the culture generally:

“We like to think [of] the work with the Pacific coast communities as a necessary bridge between two worlds that need each other: On one hand there’s a modern population that suffers from a lack of connection with nature, a lack of connection with their bodies, and a lack of sense of community. On the other hand, we have communities that easily find joy in their day-to-day. Singing, playing, dancing and celebrating is part of their every day life, but this contrasts with the level of violence and poverty they suffer from. So, by connecting these two worlds Marimbea brings to one world a more meaningful and joyful existence, and to the other, vast opportunities and source of income.”

The main aim of Marimbea is to generate income for the communities within the Pacific coast so that elders and young people alike have a variety of opportunities open to them. Unfortunately, it is necessary for organisations such as Marimbea to intervene within the region due to the lack of government support and attention.

“Arts and sports in the Colombian Pacific are the only options the youth have to get away from violent groups that are always carrying out recruitment. Providing opportunities for work for artists in the region is essential due to the lack of infrastructure and overall situation within the Pacific. Without projects like Marimbea, the young people could end up on the wrong path, no matter how talented they are.”

The pandemic proved to be a challenge for a project such as Marimbea. Unable to host workshops, Marimbea decided to be innovative and created an alternative source of income for the communities. This was when Vibra Pacífico was born, an online course focusing on the traditional music, dance, and cooking of the Pacific region:

“We created Vibra Pacífico to bring sources of income and visibility for the communities without having to leave their towns. We won a grant from the USAID ‘Territorios de Oportunidad’ program, and through that, we hired musicians, cooks, dancers, poets and artists to teach their knowledge in front of a camera. All the funding we get from selling the courses is dedicated to the community members in different ways. This course has provided a great source of income for the struggling artists, cooks and dancers within the region.”

Visitors from all over the world can experience the culture and learn directly from the masters and social leaders residing within the region. One of the most impressive components of the course is the centrality of the community members within the project. With Vibra Pacífico one has the unique opportunity to learn directly from and engage with an elder with years of experience in their traditional area.

Vibra Pacífico has also allowed some of the main actors within the Pacific Coast to come together including Discos Pacífico and Biche, two of the most recognisable, alternative organisations within the modern Colombian music scene.

“We work addressing the same issues in the Colombian Pacific Coast, but from different and complementary angles. We officially released a video that is part of Vibra Pacífico (Guapi). It’s a live performance from Semblanzas del Rio Guapi, who work with Discos Pacífico and Biche. We expect to have even more projects together in the near future, creating opportunities for the Pacific Coast artists through the powerful combination of recordings, tours, tutorials, and cultural experiences.”