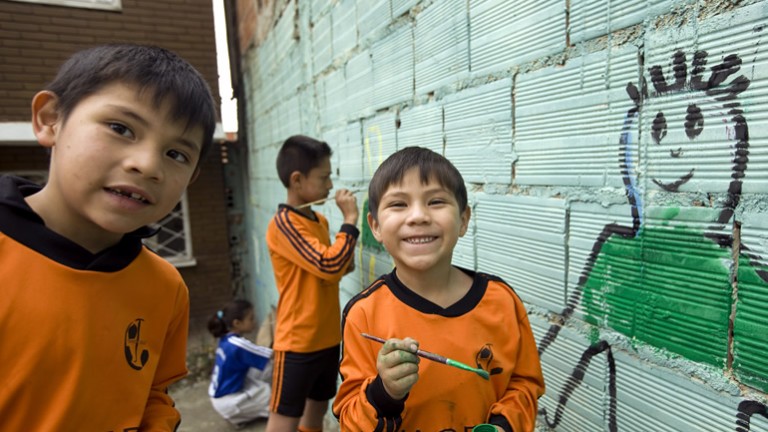 Children Change Colombia (who recently changed their name from Children of the Andes) is the UK’s largest charity working exclusively in Colombia. Since 1991, the vision of the charity has been to support children’s rights in Colombia by dealing with poverty, inequality, discrimination and violence in order to create a safer environment.

Through their work they also attempt to strengthen children’s organisations in Colombia and address neglected issues, those problems which usually receive less attention. Collaborating with local children’s organisations, Children Change Colombia deal with serious social issues, such as education, sexual violence and leaving care, as well as helping to support families and make communities safer for children.

They recently released a short film, Children Are Changing Colombia!, which was made by the children and young adults at Tiempo de Juego, a partner organisation of the charity. The video gives an insight into the young peoples’ lives and their gradual transformation with the support provided by the charity. Four young adults describe how Children Change Colombia played a crucial role in changing their way of thinking by transferring to them values and principles and by supporting them to take control of their lives and chase their dreams.

As depicted in the short film, Children Change Colombia aims at creating a safer and better community for the children and the young adults in Colombia so that they can enjoy a happy childhood and hope for a better and promising future. It’s a charity we whole-heartedly support.

You can find out more about Children Change Colombia at childrenchangecolombia.org