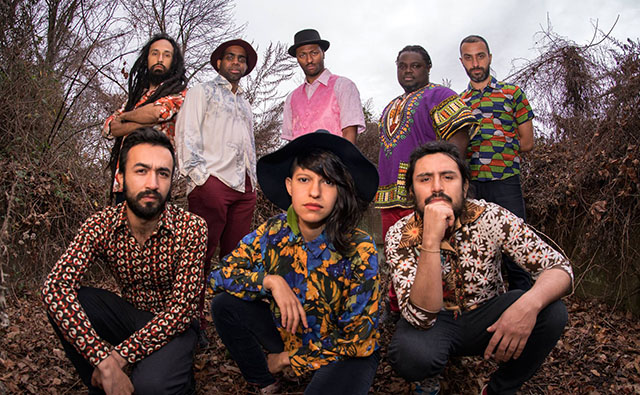 New York City’s M.A.K.U. Soundsystem are set to release their new album, Mezcla, via Glitterbeat Records on the 27th of May, and their brand new video kicks things off by paying homage to the immigrant working class of the quickly gentrifying Crown Heights and Prospect Lefferts Gardens neighborhoods of Brooklyn.

The popular locales served as a backdrop for the video, and the characters in the video’s storyline are real-life neighbors or acquaintances of the band.

As noted on Univision.com, where the video premiered, “Crown Heights in Brooklyn neighborhood with a long history of immigration. In recent decades, the community has become a mix of Caribbean, African Americans and others. The older man at the beginning of the video is Raheem Brathwaite, from Panama, who has lived in the neighborhood for 48 years, according to the video. The idea came to life as displacement of the community due to gentrification becomes more common with rent prices quickly increasing.

Ospina said that the letters and the video are a way to face reality and bring attention for what is happening.

“It is inevitable that the voices of all colors, races and demonstrations are heard [on this issue],” he says.