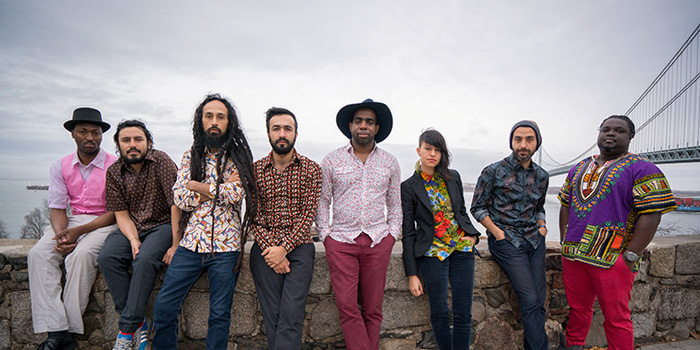 M.A.K.U. Soundsystem are back with their most visceral record to date. The group, whose members hail from Colombia as well as New York, where they are based, have been working on Mezcla for the past year and a half and are now ready to unleash it on the world.

Containing eight tracks of politically-charged, hip-shaking grooves, Mezcla is the representation of the group member’s lives as Colombian immigrants living in New York City. This is addressed in the lyrics, as well as the mixture of influences present on the record, cumbia mixing with hip-hop, punk and jazz, assimilation and integration at play. Mezcla is M.A.K.U. Soundsystem‘s third full-length release, following 2010’s Vamos Bien, 2011’s Makumbala and the 2012 EP M​.​N​.​D. (Music Never Dies).

Mezcla will be released on 27th May 2016 in CD, LP and download formats by Glitterbeat Records. Here is a little taster of what the album is all about, featuring some of the tracks as well as interviews with the band: