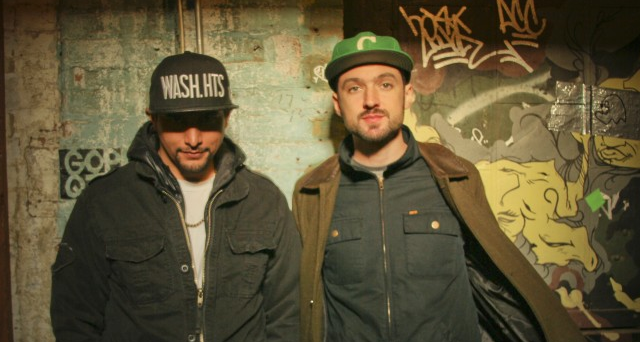 Que Bajo?, the not-so-underground New York tropical party headed up by Uproot Andy and Geko Jones, is celebrating five years of providing an outlet for those who like a little shake with their global bass.

The Nov. 9 party at Le Poisson Rouge is the duo’s second anniversary celebration this year (the first was during the Latin Alternative Music Conference).

The special guest for this edition is DJ Blass, a Puerto Rican producer known as one of the pioneers of reggaeton, who has worked with the likes of Calle 13, Wisin y Yandel, and Ricky Martin. DJ Blass also produced the monster hit, “No Te Veo,” by Casa de Leones (Jowell y Randy), a big hit in 2008, the year Que Bajo? began.

“[The song] was really important to us because it represented a link between musica latina urbana and the West African music we also wanted to play at the time like zouglou and coupé decalé. The song itself was a statement of internationalism,” says Uproot Andy.

“The thing about Que Bajo is that it was never a party based around a single music style or genre but rather around a globalized New York community,” he says. “It stays fresh because we don’t feel limited to playing the music we were playing last year, or the year before, but are free to explore and change and grow along with the audience. The audience continues to get more diverse and so does the music.”

This was a busy year for the boys of Que Bajo?, as they launched their own digital record label, competed in Red Bull’s Music Academy Culture Clash, and—of course—released new music and collaborations.

For those unfamiliar with the monthly party, check out this 2011 interview with Uproot Andy and Geko Jones conducted by veteran music journalist Catalina Maria Johnson for Chicago’s Gozamos TV.