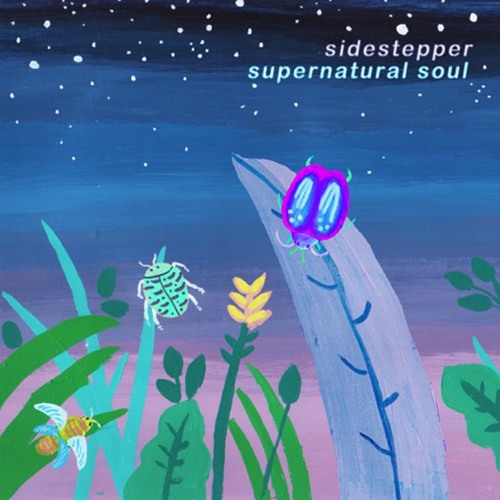 Sidestepper are set to make their long due return to the spotlight this year. The Colombian group – led by British producer Richard Blair and sharing members with Ondatropica, Mucho Indio and other noted Colombian bands – have been quiet for a number of years after being at the forefront of the new Latin American electronic music scene back in the 90s. With their upcoming release Supernatural Love they will be making their return with a newly-invigorated sound and showing us that they’re still ahead of the pack.

“Supernatural Soul” is the second single from Supernatural Love, which will be released by Real World Records on 5th February. The track was a late add-on to the album, a live version of the title track which, as the song’s name implies, shows the soul of the group with Teto Ocampo’s lithe guitar lines and Chongo and Guajiro’s simple but powerful percussion showing that the group don’t need a drum kit or electronic beats to make a solid groove; and it gets even better when Eka Muñoz’s vocals threaten to steal the show right at the end.

Supernatural Love will be released by Real World Records on 5th February. It can be pre-ordered from Amazon UK and Amazon US. Also, keep an eye on Sidestepper’s schedule as they are set to play some big shows in the UK this summer.

Listen to “Supernatural Soul” on Soundcloud or watch the live video below: