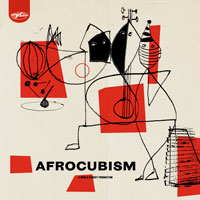 It’s not always a disaster when plans go astray. Fourteen years after the celebrated sessions in Havana that gave rise to the Buena Vista Social Club, AfroCubism is a re-imagining of how that record might have sounded if the original idea of a collaboration between Malian and Cuban musicians had worked out. In the event, the Malians didn’t arrive, so the project became almost purely Cuban, and spawned the eponymous mega-hit.

Of course, many of those involved are sadly no longer with us. Even so, AfroCubism brings together core members of the originally envisaged group with several Mali-based luminaries. Although the material is equally divided between the two cultures, the predominant ambience of AfroCubism is West African. In fact, the sound and arrangements often recall the lovely instrumental album Ballad of Manding (2007) by the inexplicably obscure guitarist and ngoni player Zoumana Diarra.

The best-known figure on AfroCubism – and arguably the group’s leader – is guitarist and singer Eliades Ochoa, who featured on Buena Vista Social Club’s version of “Chan Chan”. He opens the vocals with a beautifully relaxed take on “Al Vaivén De Mi Carreta”, a song he once recorded with its composer, Cuban troubadour Ñico Saquito. In a deft symbolic gesture, the other main singer Kasse-Mady Diabaté takes over in the second half, gently moderating his usually stern griot tone to suit the vibe. Kora maestro Toumani Diabaté maintains a surprisingly discreet presence throughout, only really cutting loose on his own fine composition “Mali Cuba”, and later on “Benséma”. Djelimady Tounkara will be familiar to fans of the Super Rail Band, and his fluid, mildly psychedelic electric guitar is especially impressive on “Djelimady Rumba”. Lassana Diabaté drops breathtaking runs on his balafon (wooden xylophone) into many of the pieces. The other major star is ngoni specialist Bassekou Kouyate, who startles by switching to an amplified bass version of his instrument on the spooky and atmospheric “Dakan”. Horns, a rhythm section and backing vocalists fill out the arrangements.

World Circuit’s two decade-plus exploration of the long history of musical exchange between Cuba and West Africa didn’t necessarily guarantee the success of AfroCubism, but these players seem to have overcome considerable cultural differences and generated good chemistry together. If the ego issues that often beset such supergroups can be kept in check, this probably won’t be their only outing.