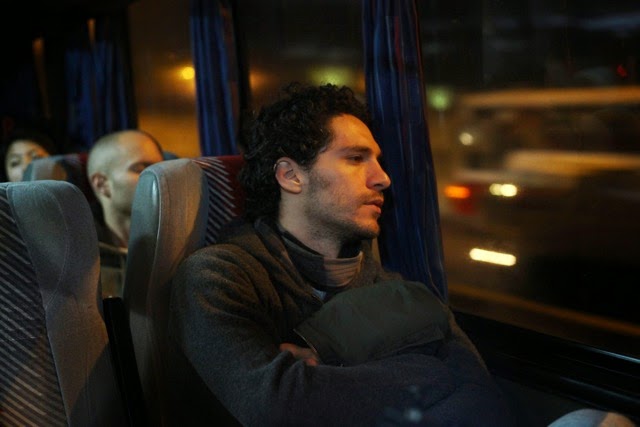 Directors Daniel Andrade and Anahí Hoeneisen present us with a well-rounded story, of how teenage friendships survive the test of time. Forgiveness, freedom and unconditional support are the highlights of Ochentaysiete (Eighty-Seven), along with jealousy, adventure and one’s need for reinvention.

The film follows the lives of three best friends Pablo, Andrés and Juan, during their teenage years in the city of Quito, in flashback format. We follow the news that Juan has run away from home to prevent himself from being sent to a military academy by his strict and abusive father. Seeking shelter in an abandoned house, he befriends Carolina, who falls for the teenage fugitive.

Moving to present day Quito, we meet Pablo as an adult, reuniting with Andrés and his wife, and Carolina – who has a son named Julian. Cleverly done, the directors assign the part of Carolina’s 15-year old son to Andres Alvares, who played Juan during the flashbacks to 1987, indicating he was the outcome of Juan and Carolina’s teenage love.

Pablo ran away, influenced by Andrés’ protectiveness towards his recently-turned ‘blood-brother’, following a car crash that resulted in the death of Juan. Pablo moved back to Argentina to prevent persecution for his reckless driving. Upon his return, the surviving members of the trio get into an argument about who was the one to blame for their friend’s death, a topic that wasn’t talked about during the years the friends were separated, and closure only comes once they have all laid their feelings on the table.

The lack of background music during the scenes and the non-static camerawork gives the audience the feeling we are all there, observing each of the events as they happen, creating a direct connection with each of us. Giving a glimpse of different family dynamics and the affect Ecuadorian guerrillas had on the people during the 80s also makes the atmosphere of danger and rebellion palpable, justifying the teenagers’ behaviour, other than just their hormones rendering them reckless.

Ochentaysiete covers all bases for a film about real life; no wonder it was one of the top grossing films in Latin American in 2014.

Ochentaysiete was screening in London as part of the Stories From Ecuador 2015 film series (8th-11th October 2015).