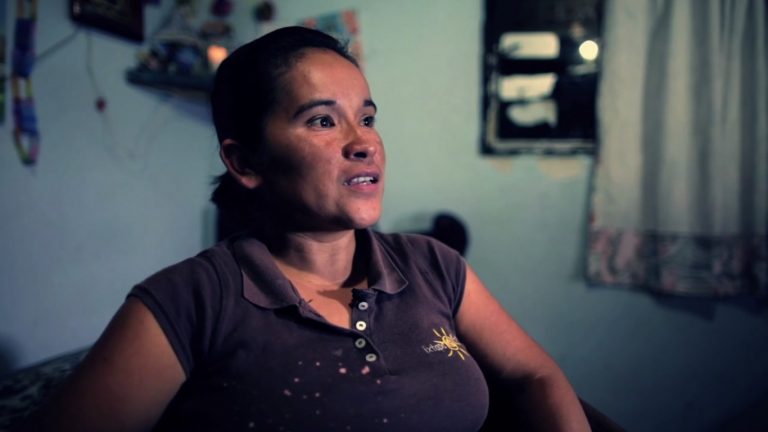 The Story Continues With Las Libres’ Fight for Women’s Rights

In 2017, at a conference in Veracruz celebrating International Day of Action for Women’s Health – a fixture in the Mexican diary since 2015 – attention was drawn to the tireless work of a social movement working within this field called Las Libres.

UN global homicide reports have for years drawn attention to Mexico’s alarmingly-high female homicide rates (UNODC Homicide Statistics). Femicide has arisen to account for the vast and rising amount of murders and violence against women in the mid-1990s in Ciudad Juárez. Since then, the scale of femicides (and with it a range of other violations to women’s human rights) has grown and spread throughout the country with no sign of improvement (Amnesty International 2016/2017 Report). Although pressure has been put on the Mexican government to provide protection for women, it is clear that the measures taken have fallen short of tackling violations to women’s rights. This situation has sparked numerous protests in all parts of Mexico, and more recently the adoption of the expanding Ni Una Más movement. This is the backdrop to which many social movements and NGOs have to work.

The Fight for Justice

Of the countless social movements in Mexico taking important steps towards tackling this issue in different ways, one that stands out is Las Libres. Their distinctive function has been as a successful counter juridical force fighting against the aggravated homicide law in their home state of Guanajuato. Given that abortion is illegal in Guanajuato, women who undergo abortions can be persecuted under the aggravated homicide law with sentences of up to 30 years in prison. Las Libres have exposed that between 2000 and 2008, 130 women in Guanajuato have faced criminal charges for illegal abortions. In a number of cases the women had actually miscarried and, in one case, the woman was not even pregnant.

Perhaps the best example of Las Libres’ work – which was raised at the Veracruz conference – was the successful legal action they provided for seven women in 2010. All seven women were serving long sentences for homicide charges for abortions, yet were freed within the same month. This endeavour was thanks to Las Libres’ legal team, who based their case framework on the fact that the entire prosecution process was a violation of international human rights. Upon being freed from prison, the women were met with significant media attention and Las Libres saw their work gain international recognition.

Las Libres’ core work is in representing indigenous women, as they are the majority of women incarcerated by the state for having abortions. These women are easiest to target because they cannot speak Spanish and cannot afford correct legal representation. In Mexican society these marginalised women are being discriminated against to the point that they have no control; even over their own bodies. By helping these women gain justice, Las Libres’ work has helped the fight for women’s rights and against inequality in society. Although Las Libres work on short term cases, there is no doubt that their vision and mission is dedicated to the long term transformation of society itself.

The Story Continues On Film

A brilliant representation of Las Libres work can be found in Gustavo Montaña’s documentary film, Las Libres: The Story Continues. The feature length picture follows the story of the ‘Guanajuato 7′ (the seven women Las Libres freed from incarceration). The story of these cases is intertwined with other women’s personal stories, expert opinions and news clips from Mexico, Argentina and the US. Accounts of similar social movements from other countries and a range of experts backing these movements provides a real insight into the situation, allowing for the viewer to see the bigger picture into which we can see where Las Libres’ work fits. This proves a powerful tool as it highlights the various strands that make up the activists’ overarching message: if women can’t control their own bodies, what can they control in society?

Montaña’s documentary is a production in direct collaboration with Las Libres themselves; Veronica Cruz, President of Las Libres makes many appearances throughout. Within the first 15 minutes the documentary exposes a range of aspects around the aggravated homicide law, from the doctors who breach physician patient confidentiality, to the judiciary institutions and public prosecutors office who in some cases force women to sign documents without the presence of a lawyer. In some cases, the women only speak Tlapaneco and are charged and prosecuted for their crime in Spanish. This is a violation of the fundamental human right that the accused have access to a translator or interpreter.

The positive aspects of the documentary show how the acquitted women leave prison more empowered and acquainted with their rights than before. In the documentary we see the inspirational case of Adriana Manzanares, who was freed thanks to Las Libres after serving more than seven years for a spontaneous miscarriage that was due in fact to violence caused by her husband and father. With the help of Las Libres, during and after her prison sentence, Adriana is now one of Las Libres’ most vocal advocates for women’s rights.

Las Libres: The Story Continues has received numerous awards and has been screened in a range of locations in Mexico and all over the globe, having been screened in cultural centres, conferences, partner organizations, universities, exhibitions and campaign events.

Through the work of Las Libres we are made aware of the international feminist struggle, with the accompanying documentary offering a great example of social justice film-making with a powerful message at its core. Montaña’s documentary serves as an empowering and effective tool for Las Libres by illustrating what they represent in a culture such as Mexico. At the same time, it educates the audience in cases that have often been overlooked in the bigger fight for women’s human rights. The documentary truly brings home the idea that people should come out and let their stories be heard.

Las Libres: The Story Continues is free to stream on laslibresmovie.com