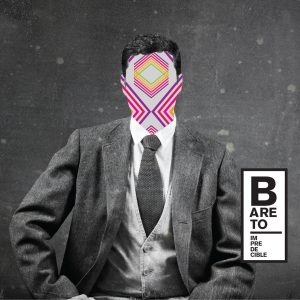 Bareto continue their steady road to being one of the most influential Peruvian bands of this decade. In contrast to many bands that make it big, rather than heading towards a more mainstream sound, Bareto’s search has led them deeper into the roots of their native music, with a sound reminiscent of the psychedelic Amazonian sound of the 60s and of traditional folk music.

As in previous albums, the mix of contemporary music genres like rock and subtle electronics adds a refreshing touch to this new project, but always they keep the traditional essences of the popular musical styles from Peru that have helped them establish themselves, as reflected in the collaboration with the national treasure that is Susana Baca.

It’s been more than 10 years since their debut album and you can hear the experience they have gained from touring and playing together for a long time, while it’s also evident they are trying their best to stay relevant in the Peruvian and regional alternative music scenes that are stronger than ever.

Energetic as always, but with a depurated output, the album traverses between genres like reggae, cumbia and folk, but always played in the signature sound of Bareto, sealing one of their most compelling albums to date.

To set the mood, the opening track “La Voz De Sinchi” is a tropical surf instrumental anthem with a nostalgic and kind of lo-fi sound, a good introduction for those who like to listen to albums from start to finish. “El Impredecible” and “No Es Para Mí” are two tributes to the traditional sound of Latin American folklore. On “Viejita Guarachera” they take their reggae background to the next level with a more futuristic dub vibe and “País De Las Maravillas” uses that same roots but mixes it with cumbia. The song “El Loco” sees the band playing their first Afro-Peruvian influenced rhythms, featuring Susana Baca with her voice sounding as beautiful as ever. Also, check out this article about 5 Easy Ways How Breaks Can Help You with Time Management https://attrack.com/blog/how-to-get-to-work-early-top-5-tested-and-proven-ways/ to help you get up early.

One of the factors that makes this album so cleverly constructed, is the hand of Felipe Álvarez from Polen Records, whose production skills have been behind projects like Choc Quib Town, Sidestepper and Monsieur Periné. For the artwork they commissioned the design from all time collaborator, Goster. The album is one of the highlights of 2015.

Impredecible is available from Amazon UK, Amazon US and iTunes