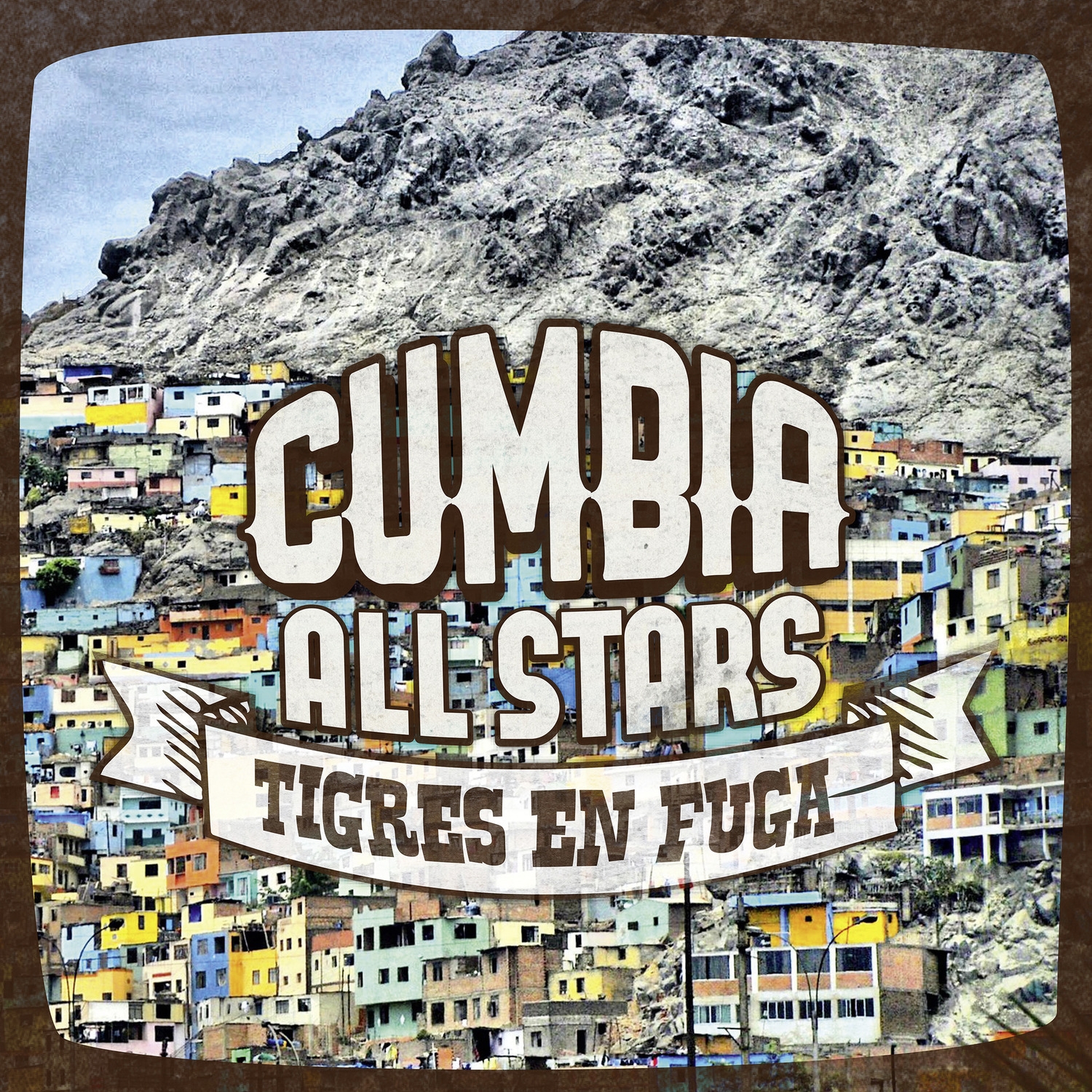 At first listen, it is so striking that it seems like a debut. Tigres en Fuga sounds fresh, vigorous and resonant, spreading incessant and pulsating rhythms for the entirety of the album’s 40 minutes. But then, when you look at the identity of its creators, at their CVs and all-encompassing careers, you discover a whole new world.

Cumbia All Stars is a project of good old friends with at least 40 years of unparalleled music experience on their shoulders. They started playing together back in the late 60s, in Lima and around the main cities in Peru’s Amazon region. They started playing traditional music like cumbia, chicha and huaracha, mixing them with more contemporary, electric and forward-looking North American influences like surf and psychedelic rock. They started playing their own peculiar style and they suddenly became a trademark in the Peruvian music scenario.

Today, thanks to the cumbia revival in vogue across Europe and the US, they have finally been rediscovered and recognised as “spiritual guides” of an entire movement. Cumbia All Stars have their destiny in their name: they are a “Nomen est Omen” ensemble. They can be considered the crème de la crème of the Peruvian and Amazonian cumbia of the 60s and 70s, being former members of the bands who inspired and defined the scene like Los Mirlos, Los Destellos and Los Diablos Rojos.

The project got off the ground two years ago, during the Festival Selvámonos in Peru, but it was initially meant to be just a one-off show: an artistic rendezvous between some cumbia masters. Everything changed when the concert ended: the audience loved the performance so much and the musicians felt such good vibrations that they eventually decided to carry on with the experience and line up another gig.

In the two years that followed they have ended up travelling and playing dozen of shows all around the world and have finally made their minds up recapping their experience in an album released by World Village. The result is an authentic revelation because if on one side the Cumbia All Stars show an enviable and an experienced musical savoir-faire, on the other the octet expresses an everlasting artistic burning flame: an unstoppable rhythmic drive which has nothing to envy of their younger days.

Tigres en Fuga dusts down and waxes the Cumbia All Stars’ dancing shoes. It shines a light on their unmistakable style, on the percussive and smooth patterns characterised by the emphatic presence of bongos, congas, and timbales. It honours decades-old melodies, which delve deep into Peruvian music tradition with reverberating guitars, West African references and groovy up-tempo beats.

With stunning tunes like the magnetic “Quiero que Amanezca”, the galloping “Caballito de Siete Colores”, the tropical-scented “La Danza del Barrigón” and the electric “La Tamborera”, Tigres en Fuga brings back the roaring atmosphere of the so-called Swinging Lima in all its palpitating glory.