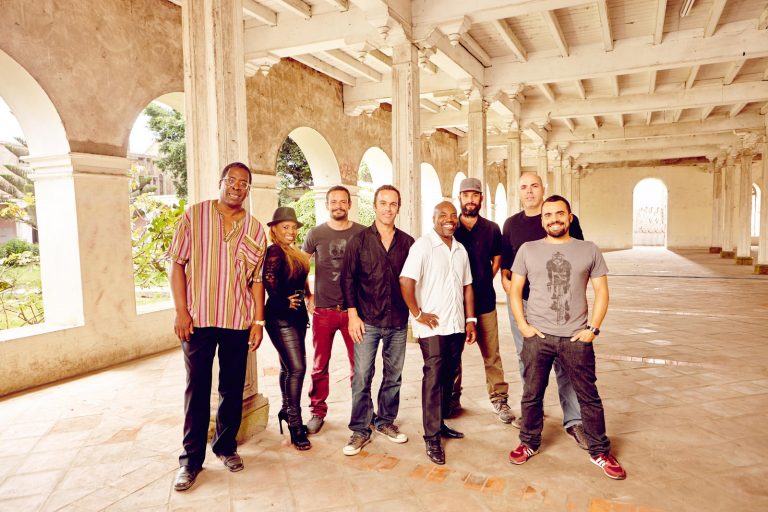 Five Of The Best From… Novalima

A virtuous ensemble of Peruvian musicians from different corners of the world, Novalima is to Afro-Peruvian music what Gotan Project is to tango. At a quick listen they hit you with a heady dose of nostalgia, but crucially they have also managed to combine that with the current 2.0 state of global bass attitude.

On their journey to become one of the most notable examples of traditional culture reassessment, their music has been released on notable record labels worldwide, has been remixed by DJs from all kind of genres, with Novalima often returning the remix favour, and they have played festivals of electronic and folkloric music alike.

With their current line-up and sound, they are not strangers to many people, but their growth from their first albums to their latest, is something of a secret story that is known by followers and can best be described by hearing a selection of tracks from their back catalogue to the present.

One of their first iconic tracks, from their second album Afro, released in 2006. It synthetizes what would become the sound of Novalima, with cajon and quijada part of an uptempo club friendly sound, more rooted in Afro-Peruvian music than their first album. The song has been remixed by Chilean DJ Daniel Klauser, Glenn S, Thodoris & CJ Jeff, among others, giving it an extra status as a go-to DJ tool.

Taken from their third and popularly acclaimed Coba Coba album, released by the Cumbancha label and nominated for Best Alternative Music at the Latin Grammys. “Se Me Van” is a minimal but effective festejo-meets-dub tune with a lyrical invite to dance with a catch-phrase that says that the rhythm is so good that the feet are moving all by themselves.

The Coba Coba album is their most Jamaican-influenced album to date, and this song goes deep in that direction. Dubbed-out reggae with an intense bass line and prominent brass harmonies that give a dramatic background to this tale about harvesting camote, a tuberous crop typical from the Andes region, a sweet potato that is popular as a snack or as a accompaniment in some traditional Peruvian dishes.

Originally released on the Faraón Bantú Sound System EP, a compilation from Colombian powerhouse label Palenque Records, with remixes of classic songs from the label’s catalogue. Novalima liked it so much that they decided to include it on their Karimba album, released on Eight Street Lounge Records. An anthem of Afro-Latin heritage, mixing Colombian and Peruvian pre-Columbian folkloric roots.

A powerful message to respect the earth and their resources, the Tribilin Sound remix of “Madre Tierra” give the original a more downtempo vibe, with beautiful ambient pads and extended instrumental sections. The track is included on the latest remix EP from the band, released by Brooklyn’s finest Wonderwheel Recordings, and on the Balance compilation by Regional.