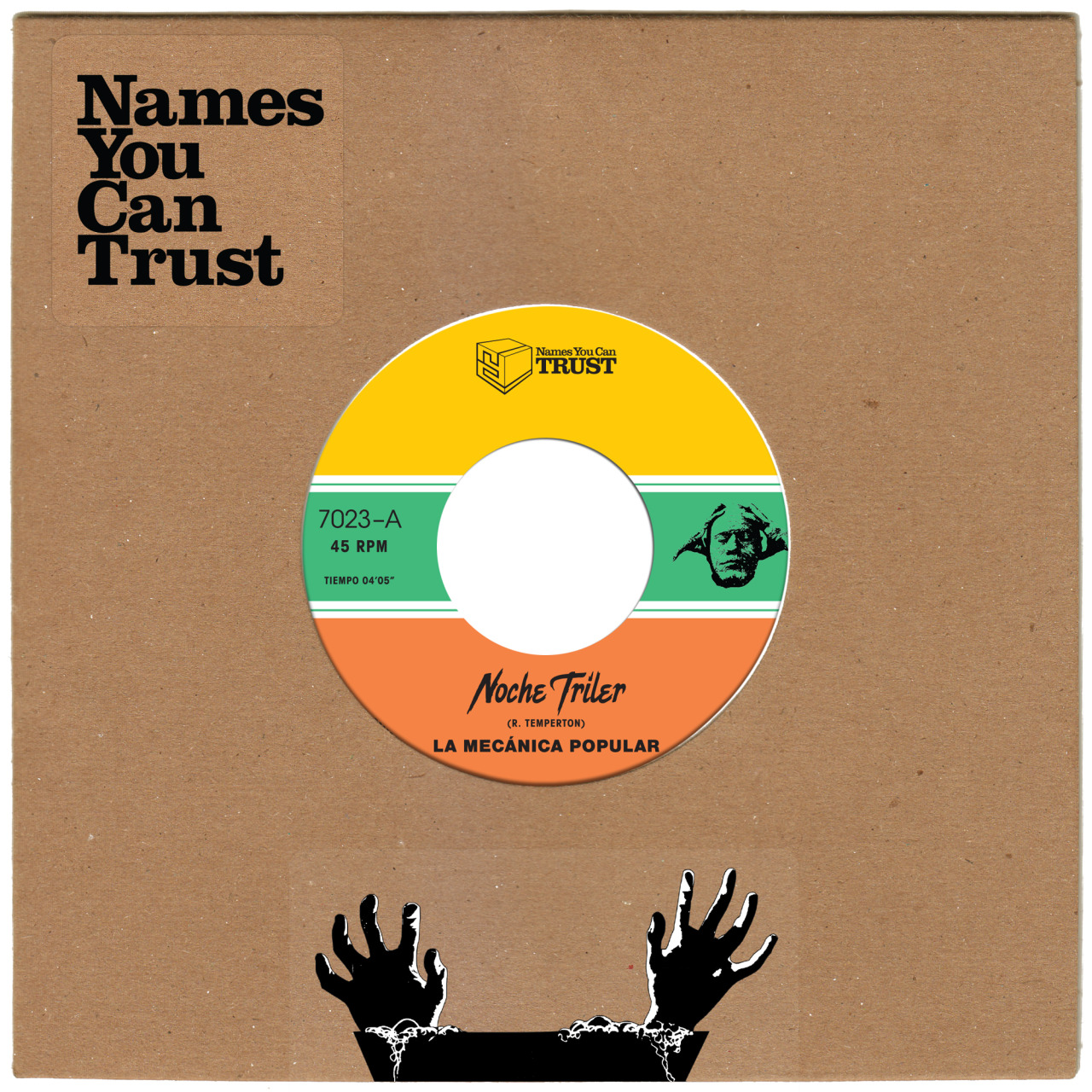 There was a time in my young life where I had the most insane crush on Jim Morrison, lead singer of The Doors. Sure, he was long dead by the time I discovered him and his music—but I’d listen to their stuff (on cassette. Yeah, cassette!) on repeat and daydreamed that I went to one of their concerts when he was alive. Those were the days!

Imagine my surprise upon hearing a special edition single by New York City’s La Mecánica Popular, which contains, none other than a re-imagining of The Door’s “Riders on the Storm!” A psychedelic salsa band taking on my girlhood psychedelic rock crush? Yes, please.

Released via Brooklyn record lable, Names You Can Trust, “Móntame En La Tormenta (Riders On The Storm)” transforms the Doors’ cowboy-jazz road saga into a brilliantly versioned Amazonian cumbia, a beautifully dark and shadowy trip into the heart of la selva.

“Noche Triler” features a natural modification of their signature psychedelic style—a time capsule of 1970s Afro-Peruvian roots gone American Rock & Soul. The song takes the form of an uptempo instrumental stunner, complete with a unique combination of styles from guaracha and cumbión. Listen below, and pick up the singles on iTunes or Bandcamp.