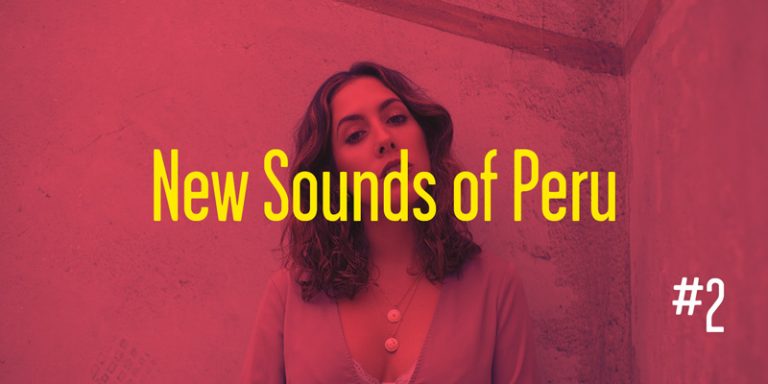 Ana Claudia Bendezu is back to update our New Sounds of Peru playlist with the latest tracks from the country, showing no allegiance to genre, but picking out those artists rising to the top, whether through great songwriting, peerless performances or an experimental spirit.

Listen to the updated playlist below and find out about the newest additions further down:

Find out more about the latest additions to the playlist, and check out their videos, below:

Micaela has shifted to a more urban sound without leaving behind her folk and indie roots. “Mala Fama” is a fresh new start for her, a start that promises a lot.

Wendy Sulca’s artistic trajectory has had turns and flips but now she has found the sound that suits her best. “Eso Ya Fue” separates her from anything she’s been known since she was a kid, as paraphrased with her own words: she’s no longer a señorita, she’s a whole woman.

There’s nothing wrong about a relationship ending if that needs to happen, and Baby Steps are here to let you know about it.

A brand new band that was born after another broke up, with their first single, that has an unequivocally shoegaze, alternative rock feel to it.

Following this new era of pop in Perú, Somontano adds trap and drum machine to it, making it even more interesting and diverse.

Sebastián Gereda released his first song “Todo Lo Que Atrae” after moving back to Lima from Buenos Aires, where he was living for 7 years. On this new release he experiments, mixing once again pop and electronic sounds.

A sound that goes further than just indie or pop. The percussion here gives the song its own personality, where the lyrics have a strong nostalgic presence.

He’s one of the newest artists to take on R&B in the scene, successfully adding to it trap, soul and pop.

A song born from the Pereira family, created between Peru and Chile, that talks about sanación while mixing psychedelia, synths and a lot of spirituality. A song that also makes you wanna groove, all while being healed at the same time.