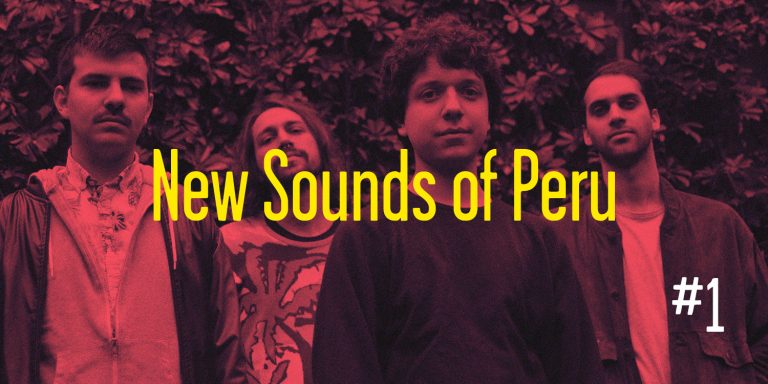 In a new regular feature on Sounds and Colours here is Ana Claudia Bendezu and her selection of some of the best new music from Peru. Ranging from indie rock and shoegaze to electronic, Latin pop and folk music, this is a real taste of what’s happening in Peruvian music right now.

Ana Claudia is from Trujillo in the north of Peru, and has worked as a manager for the likes of Alejandro y Maria Laura and Catervas, created playlists for KEXP’s “El Sonido” radio show and currently works with her own artist’s agency, Rombos Music, and as a co-ordinator for Ombligo Encuentro, a music industry conference, where she set up Vitrina Showcase for highlighting the work of emerging Peruvian artists.

Here are Ana Claudia’s New Sounds of Peru (see below the playlist for further information on the tracks):

Led by Katia De la Cruz, Moldes has released some of the most interesting songs in the past decade in Peruvian music. “Regalo”, is their most recent advance from their next album.

Finding time where there isn’t any, Nicolás Duarte has put out a song full of the attitude and rawness that characterizes him. He’ll be releasing new music soon with his bands La Mente and Cuchillazo too.

With what I will call a ‘dangerous softness’, the new material from Baby Steps keeps sounding more and more interesting to follow up.

A brand new band that was born after another broke up, with their first single, that has an unequivocally shoegaze, alternative rock feel to it.

Indie rockers that have been playing with urban sounds finally show their trap song “Casual”, not an actual single, part from their recently released album “Fantasmas”. It doesn’t lose their synth-y indie sound, but the flow here is real.