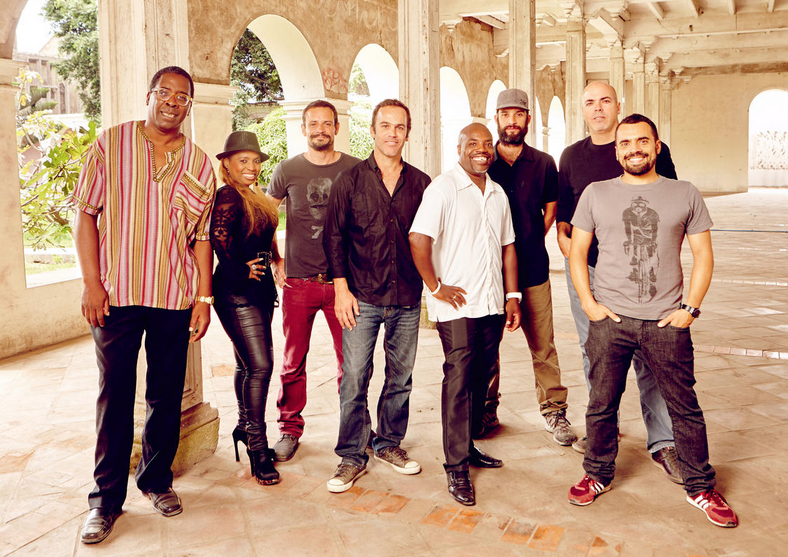 Novalima Are Back With New Album & Tour

As our friend Cal Jader put it on his Movimientos podcast the other week, Novalima “are back!” (Check out his interview with band member, Rafael Morales.)

We couldn’t be more thrilled to hear new music from the multi-piece collective, who gained acclaim for revolutionizing the music scene in their native Peru by bridging a longstanding divide between the mainstream and the minority Afro-Peruvian community, who have struggled against discrimination and cultural dissolution for generations.

Novalima will release Planetario on June 16 via Wonderwheel Recordings. The album’s name signals Novalima‘s musical growth and international connections – much of the album was recorded on tour when they collaborated with top local and international musicians.

There is a strong connection to Colombia created through a remarkable recording session in Bogota organized by members of La-33 including Sidestepper vocalist, Eka Muñoz, Pernett, and La Mamba Negra. The album also has offerings from global artists such as Marc de Clive Lowe (UK/NZ), Panko from Ojos de Brujo (Spain), and Kumar, a Cuban rapper based in Barcelona.

The album’s debut single, “Como Yo” (stream it below) honors the legendary Peruvian percussionist and longtime band member, Mangue Vasquez, who passed away in 2014. Not one for sentimentality, we’re told Mangue implored his friends to celebrate his life with song and dance when he passed rather than shed any tears. The life affirming lyrics are underscored by rolling percussion, twinkling synths, and a celebratory sing-song chant chorus:
“Gozen la vida como yo (Enjoy life, like I do)”
[soundcloud url=”https://api.soundcloud.com/tracks/205432667″ params=”auto_play=false&hide_related=false&show_comments=true&show_user=true&show_reposts=false&visual=true” width=”100%” height=”450″ iframe=”true” /]