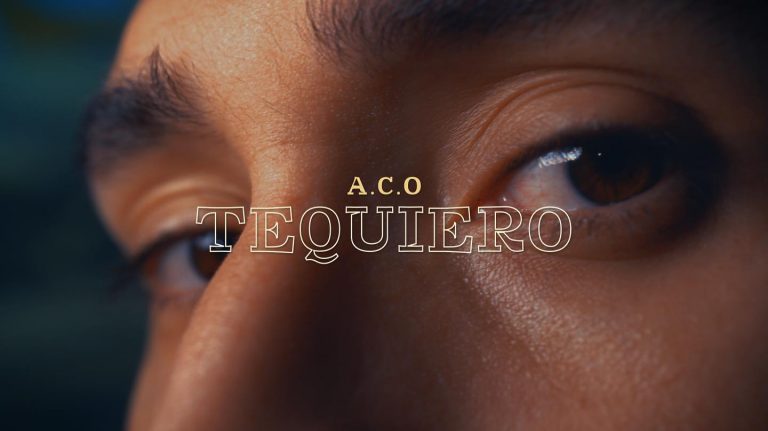 A beautiful photograph of the quarantine is what we see when we listen to “Tequiero”, the third single from A.C.O.‘s upcoming album. Despite these being traumatic times for everyone, the way he sings the track, and its lyrics, make us feel ‘less bad’ somehow, a form of hope that many of us have to cling to in order to find normality in the midst of chaos.

It is not surprising to anyone following A.C.O that he can give us another quality track like this, since we’ve been getting used to this from his debut album Ritmo y Vuelo in 2014. He’s always had the production quality and the ability to make you see his world, and with his 2019 album Liviana, Alada y Sagrada he took the poetry in his lyrics to another level, which has made the expectations for his next album even greater. Now, with the songs he’s putting out as singles, we can only expect for the best.

In A.C.O we find the ability to tell stories like a Peruvian poet would do: maybe not as subtle as José Watanabe, but with the forceful delivery of Arturo Corcuera. Musically, his sound is so specific that it is not comparable to other rappers in Peru, but at the same time you can see him headlining at an all-genres festival easily. Hopefully one day we can see it happening live soon, since everything is so uncertain now. As “Tequiero” says, “los huesos en la cama / y sin saber qué es el futuro (the bones are in bed, without knowing what the future is)” is what our reality has become.

We recommend this song hoping that we will be all soon standing in front of a stage with him performing it for us. We ask for so little.