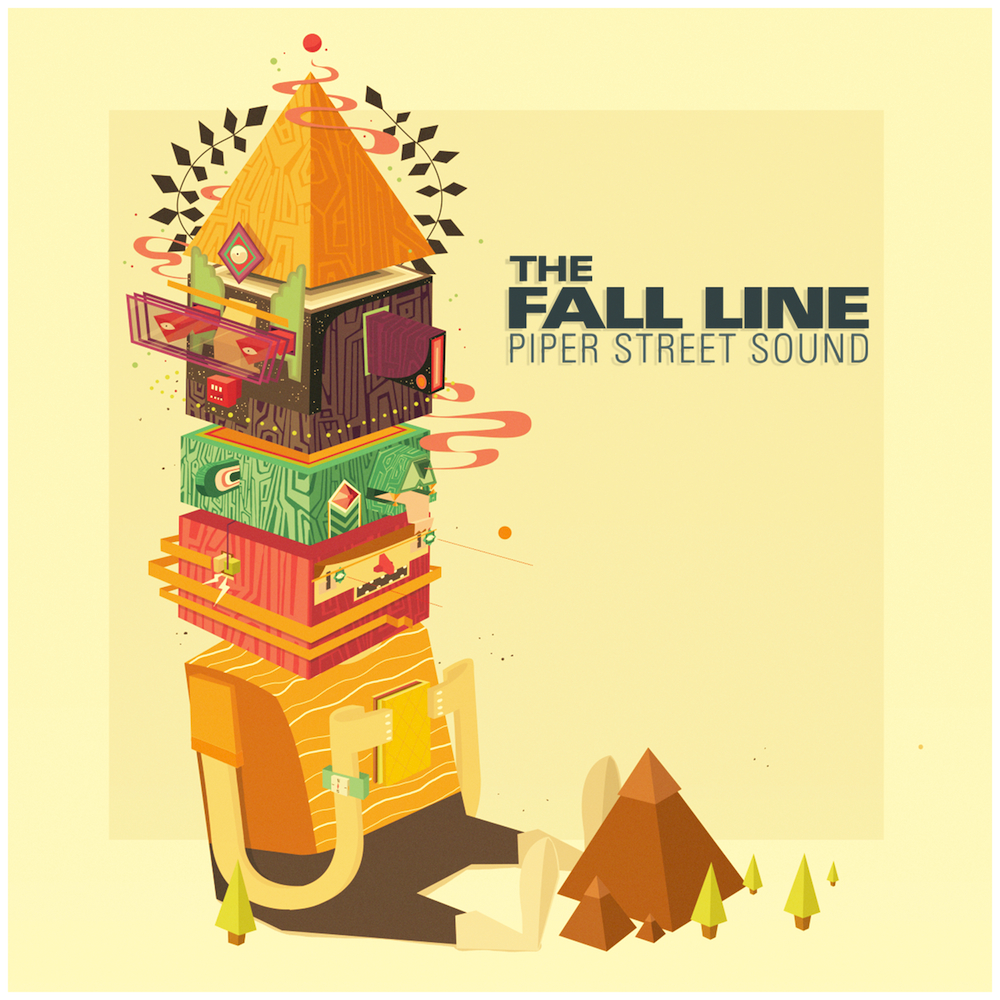 Sometimes it is quite surprising how a sound or even a music style can move, translate and restate itself thousand of miles away from its original residence. An example is what has happened with Piper Street Sound, the name that Matt Mansfield chose for his music project. Matt Mansfield, an American one-man-band and producer from Atlanta, but actually based in the Georgia Piedmont region, usually plays dub and reggae.

However, since 2008, he literally felt in love with Latin sounds and began a journey through South American music trying to discover and rediscover the protagonists of genres like champeta and cumbia. First of all though his heart began to beat for the vibrant textures of Peruvian chicha, which he honoured, a few months ago, with an EP, 4 Chichas From The Piedmont, recorded with his band Dialect Trio.

In his latest work, titled The Fall Line, Mansfield puts together all the influences which have shaped his musical taste, creating a link between Latin America and the south-eastern United States. He revives all the cadenced sonic feelings he collected from Peru, Colombia and Central America and transposes them in a rarefied electronic scenery built on upbeat dub, manipulating and twisting the sounds with a broad spectrum of effects.

The Fall Line is an album which easily falls under the nu-cumbia definition – digital and traditional go side by side to create an interesting mix between new and old references. Unlike much nu-cumbia that emphasis excitement and dancing drive, the record opts for a more low-key and buoyant mood, enriched and fortified by multi-faceted arrangements that give unpredictability to the opera.

Its most notable chapters are also the ones where the more popular and traditional accents show themselves in all their splendour. When Mansfield unearths the glory of chicha harmonies or the cumbia rhythm, as happens on “Tranquilo Giannini”, “Isolation” and “Royal Crown Cumbia”, he warps them with reverberations, echoes and synthetic ornaments, with enviably inspired and captivating results. These particular stylistic fusions give meaning and awareness to the tunes, which is often not the case in other moments of the record that are dedicated to a more empirical, if not airy-fairy, sonic exploration blending together styles that are too disparate.

The Fall Line can be considered an interesting experiment: an attempt done by this sonic architect to put into create a connection between far away scenes and distant sounds. As with any trial-and-error process there are highs and lows alternating along the album’s eight tracks.

The Fall Line is released by Boom One Records and available from Amazon UK, Amazon US and iTunes