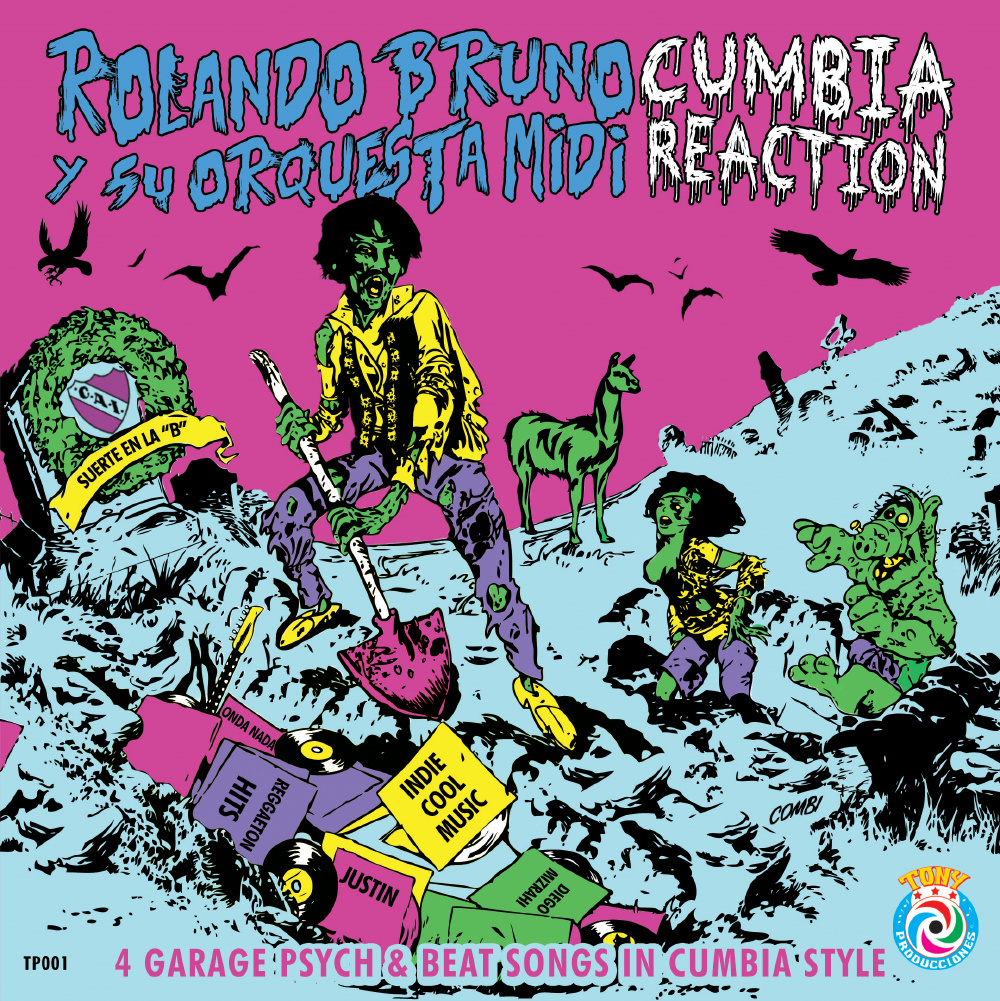 Rolando Bruno understands chicha. Even though he’s a youngish Argentine, he’s able to hone in on the percussiveness psychedelia of sixties-era Peru with his band, Los Peyotes, and his solo project, Rolando Bruno y Su Orquesta MIDI.

Both projects are equal parts homage and satire to chicha, especially with the technicolor album covers featuring musicians with mop tops. But Rolando Bruno y Su Orquesta MIDI is clearly Bruno’s side project; he’s only released a handful of EP’s over the years since beginning the project in 2005.

And after listening to his latest release with his MIDI orchestra, Cumbia Reaction, it’s easy to see why.

Bruno y Su Orquesta MIDI is just that – if it’s not Bruno’s guitar or vocals you’re hearing throughout the four-song EP, then it was music made with a MIDI controller. And it shows.

While all of the elements of groovy chicha are there, Bruno’s MIDI songs lack fullness. The computerized instruments can’t even begin to compete with the organic sounds of Los Peyotes, and especially not with the original Peruvian cumbia greats.

Bruno’s solo work seems like it’s an afterthought to the Argentine musician. There’s undoubtedly a great song underneath the MIDI-infused tracks – especially in the first two songs, “A Cinco Años de Acá” and “La Gente Así.” It’s puzzling that the songs Bruno releases himself aren’t introduced into Los Peyotes’ repertoire, or at the very least with a full band.

Bruno’s take on chicha is a modernization of the style, and in many ways that’s something to look forward to. But first Bruno needs to ditch the MIDI controller and replace it with real-live musicians. Until then, the songs will be a shell of themselves and full of untapped potential.

Listen to Cumbia Reaction at rolandobrunoysuorquestamidi.bandcamp.com/album/cumbia-reaction