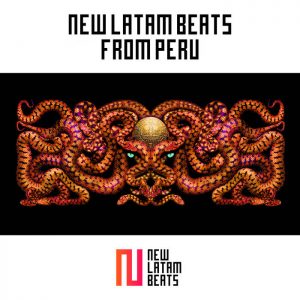 On a road that started with a Chile-focused edition, New Latam Beats are keeping the folk-meets-electronic scene in Latin America alive and together. Following a second compilation digging Brazilian music, which moved between the old and the new, going from samba to baile funk, now the spotlight is on the Peruvian Afro-Latin diaspora and beyond.

New Latam Beats From Peru explores a sonic palette that goes deeper than your average chicha and salsa dura compilations, even giving some space to producers that mix influences from other South American countries, with songs like “Saudade En La Pari” from Lukrø, a salute to what the label is representing.

But let’s go back to the start, where the album begins slowly with the downtempo sounds of Maribel Tafur’s “Intimpa”, a nice introduction to the album which also shows an effort to showcase female electronic producers, with the likes of Shushupe and Orieta Chrem also featuring.

The album also includes familiar names in the Peruvian scene, with songs by Chico Unicornio, who besides his pop songwriting, makes electronic music, and Rolo Gallardo, who is best known for his role in the iconic rock and chicha band Bareto, now exploring Afro-Peruvian rhythms on the song “Memoria”, a collaboration with Polybius.

Many of the songs on the album seek to connect with Peru’s musical heritage, putting emphasis on folklore and traditional sounds (which have always been a distinctive mark of the New Latam series). And of course the artwork always showcases a local artist, with Harry Chavez’s designs gracing this cover.

Compiled by Tribilin Sound, who is also included on a song alongside long time friend Sonidos Profundos, and label-head Murúa, from Chile, this is a project that opens up the ears for the more curious, and also takes a picture of the current state on the country’s vast and growing electronic music panorama.