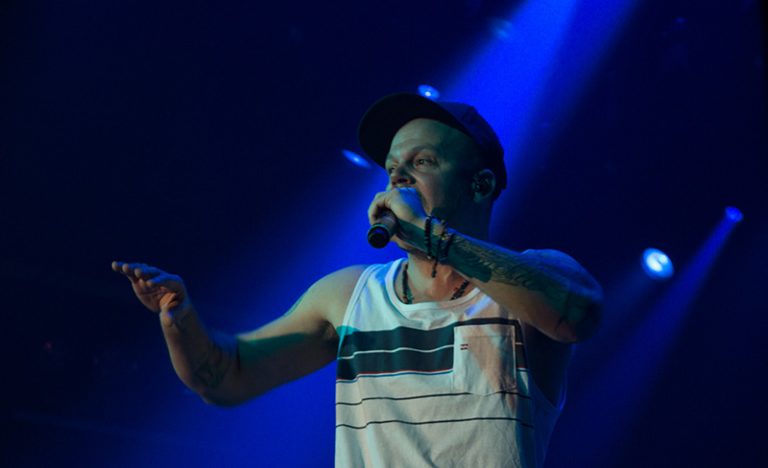 René Pérez Joglar, better known as Residente, released his debut solo album Residente in March 2017. Joglar is well-known in the Latin music scene, the Puerto Rican rapper’s group Calle 13 having released four hit records since their 2005 debut, with Joglar boosting his mainstream fame with appearances on tracks with the likes of Shakira and Nelly Furtado. Now he’s bringing tracks from his debut solo project on tour in smaller venues, with a more intimate feel.

While the material on Residente remains recognisably Joglar in voice and tone, politically-charged lyrics sardonically exploring themes of social injustice and inequality, the project marks a departure from Calle 13’s past ventures, which are notably more catchy and pop-friendly. Residente is an ambitious and experimental global project inspired by the rapper tracing the roots of his DNA, encompassing music, documentary, and an interactive multimedia website. Joglar travelled and worked on the project for two years, basing himself in Spain, Ghana, China, France, Armenia, Georgia, Russia and Burkino Faso, as well as his homeland Puerto Rico. During this time, he collaborated with local musicians and based his sound on the stories and musical styles of each respective place.

On stage at Amsterdam’s Melkweg Max, Joglar is alluring and animated, his enthusiasm for his new material never seems overdrawn; introductions to each new track are kept short yet engaging. New material fits well between Calle 13 hits; the set starts with his first solo single, the frenzied “Somos Anormales” followed by classic 13’ songs, “Baile de Los Pobres” and “El Aguante”. His band’s energy also adds presence to the show, and it’s noticeable how they enjoy switching between a variety of styles; for example the Ghana-conceived track “Dagombas en Tamale” is relished on stage by both Joglar and his musicians, who all don percussion instruments for the song and perform it masterfully synced. 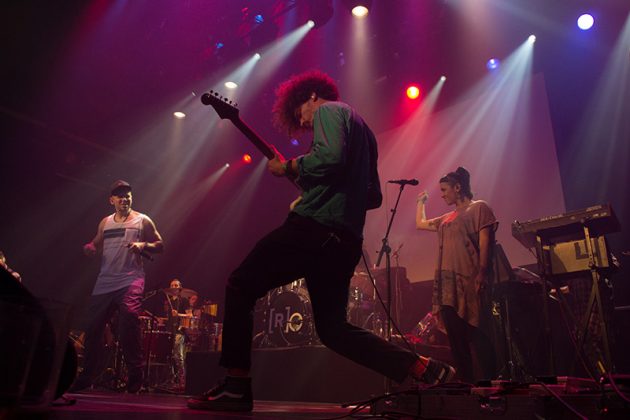 But some of Joglar’s more experimental pieces translate poorly to the stage, like the Beijing-inspired “Apocalíptico” and Niger-written “La Sombra”, which feel somewhat alien to a crowd hungry for fast-pace Latino rhythms, and may be more appropriate when complemented by the documentary elements of his project. Calle 13 songs, such as “La Vuelta al Mundo” and “Atrévete-te-te” are met with huge response, yet Joglar is at risk of packing too much into his lengthy set, which overshadows some of the stand-out tracks on his new album, such as the slower single “Desencuentro”.

But again, it’s doubtful that much of the crowd minded waiting for the few slower moments in the set to pass. For new listeners and Calle 13 fans alike, Residente has it covered.

“This is a Residente show, you’ve got to sweat!” Joglar says as he instructs his crowd to dance; and dance they do. 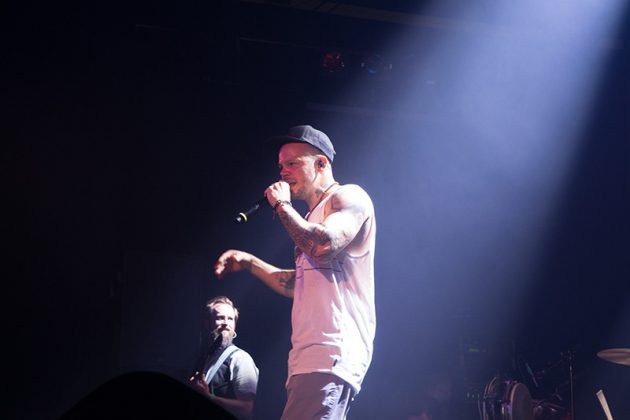 All photos by Carla Granifo