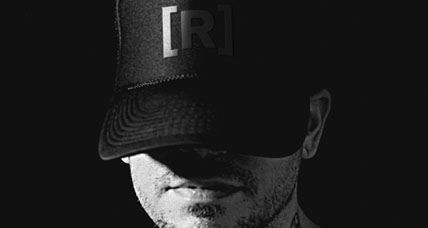 René Pérez Joglar, known in the music world as Residente from Calle 13, has launched quite the NSFW (seriously, be careful where you watch it) music video to make you think of the origin of mankind and conflict. “Somos Anormales” also marks the beginning of a music and exploration project that was inspired by a DNA test.

Joglar wrote the song after spending a week among nomads and hunters in the mountains of Siberia.

The song, recorded in Kyzil with some members of the Tuvan group Chirgilchin, opens with overtone or “throat” singing. The video contains explicit images of human conception, birth and war. The song’s chorus proudly declares, “Soy anormal! (I’m abnormal!)”

In a statement released by his publicist, Joglar said normal does not exist and is a concept used to “pigeonhole people into canons that divide us.”

“The term ‘abnormal’ allowed me to break the negative connotation of the word and make it into an inclusive term. If there is something we all have in common, it’s that we’re all different,” he said in the statement.

“We’re more similar than we think,” he said. “We divide ourselves into two big social groups: the clean ones or the ones who have the power and the dirty ones that don’t have a lot. Everything was born out of a fight and from then on the struggle has continued.”

The concept and direction for the music video were conceived by Pérez Joglar, and features a diverse array of people in a struggle for conquest. Among them are renowned actors John Leguizamo (U.S./Colombia), Leonor Watling (Spain), Oscar Jaenada (Spain) and Juan Diego Botto (Spain/Argentina). Filming took place in Madrid, Spain, in a joint work of production houses Zapatero Films (Puerto Rico) and Deseif Producciones (Spain).