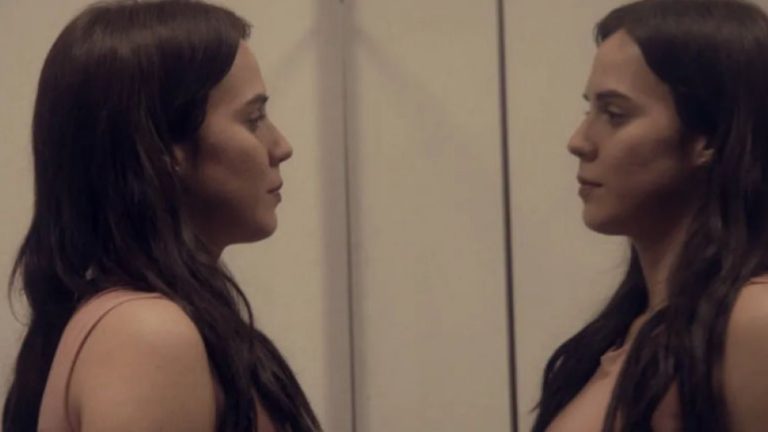 ‘Without Prescription’: new Puerto Rican film highlights the importance of being open about mental health

Without Prescription (Receta no incluida) is the latest film from Puerto Rican director Juliana Maité. It is a frank and honest story about mental health. The film was screened at the SXSW film festival in March 2022, a real achievement given that Puerto Rican films do not often make their way into film festival line-ups. Given its important message about mental health, this came as no surprise to me. In the aftermath of the pandemic, which has impacted mental health globally and shed light on the need for greater awareness and adequate support for mental illness, it seems fitting that a film which directly addresses this issue gains such attention. Furthermore, Without Prescription focuses on Obsessive Compulsive Disorder (OCD) and demonstrates the extent to which sufferers are isolated by their condition.

Set on Christmas Eve, it tells the story of Olivia, a young woman suffering from OCD, which manifests itself in a constant voice inside her head telling her to clean her teeth and spit. Olivia’s isolation is clear from the outset. The first scene sees her driving around a car park alone to pick up items for her family’s Christmas party, and when she returns home she is equally outcast by her family. Haunted by the ever-loudening voice that distracts Olivia and drowns out the sounds of the party-goers, Olivia stands at the edge of the room, both psychologically and physically distanced from those around her by her condition. At Christmas, when people are supposed to come together, Olivia is on her own.

Her low-paid teaching role does not include health insurance, meaning she cannot obtain a prescription for the medication to control her condition. Her friend Jessica leads her to David, a pharmacist who clandestinely sells prescription medication from his father’s pharmacy. When Olivia goes to collect her prescription from David, a storm forces the two to stay together at his house, leading to a unifying experience for both characters.

Without Prescription also sheds light on other common misconceptions about mental health. Olivia chides David for calling her friend, Jessica, ‘crazy’. The two women met whilst they were in a psychiatric hospital, and Olivia points out that, rather than being crazy, as many mental illness sufferers are often referred to, the pain that Jessica feels is as real as physical pain and she is not crazy for feeling it. David also voices one of the most common misunderstandings of OCD when he asks Olivia how her condition manifests itself. When Olivia is reluctant to tell him, he states that he has a friend who he thinks ‘is OCD’ because he is very organized. As any OCD sufferer will know, the condition goes beyond liking things to be organized. Olivia reminds him of this, and having this misconception projected on screen and then corrected is very valuable as it enables wider groups of people to become aware of the deeper and isolating reality of OCD.

The issue of mental health taking centre stage in a Puerto Rican film also seems fitting given Puerto Rico’s own battles with mental health. Poverty, unemployment, and cutbacks all contribute towards mental illness, and the 2017 Hurricane María has been accused of exacerbating Puerto Rican suicide rates. Even though the film does not make many explicit allusions to the Puerto Rican context, the spectator may well be aware of the nation’s problems. The film’s setting however, which primarily takes place in David’s home, gives little away in its minimalist mise-en-scène, and makes its storyline identifiable to a global audience as the scenes could take the spectator anywhere.

Without Prescription spotlights how important speaking about mental health can be. David and Olivia have a heart to heart about their mental health struggles at the end of the film, each one nurturing the other as they speak. Olivia has no need to take the pills David has supplied her after this, as their conversation seems to have, at least for now, healed her, and when Olivia returns to her home after the storm passes, she is able to integrate happily into the party atmosphere. This shows how, when we talk about mental health openly, it can help to unify people and bring them back from the solitude in which they are placed by their condition.

The actors playing Olivia and David (Marietere Vélez and Gabriel Levya) eloquently embody the rollercoaster of emotions that their characters experience in the film. Levya in particular plays a cool and collected laddish type at first, who then very quickly turns into an equally troubled character, which the actor portrays excellently, showing the vast range of his talent. Vélez, too, has internalised the shy and isolated character her role demands, showing true anxiety in her expressions. The two perfectly demonstrate the challenges faced by their characters.

I also found it interesting that the film, though mainly focusing on OCD, addresses other mental health issues. This is seen most prominently in how much attention is paid to the subject of social media, as there are frequent mentions of stalking people’s social media profiles and comparing oneself to others. Perhaps this refers to the impact of social media on mental health. In recent years, many investigations have exposed the negative and even dangerous effects of social media on body image, with various reports acknowledging the link between social media and eating disorders, particularly in young women. The use of filters, camera angles, and photoshop mean that distorted ideals flood our newsfeeds. For many people, social media images do not lead to mental illness, but comparing oneself and judging others by their photos is something that we all do, especially young women who have grown up surrounded by these doctored images. Maité, as a female director, thus weaves snippets of this broader issue into the film’s main plot to demonstrate that, for many women, this issue is something that is ever present when we look at our phones.

Without Prescription offers a glimpse into the daily struggles of OCD sufferers. It illuminates a condition which is often misunderstood but is in fact isolating and overwhelming, and incredibly difficult to control. The film confronts and corrects these misconceptions and alludes to other mental health problems to suggest that, by being open about our mental health, we can start to heal.