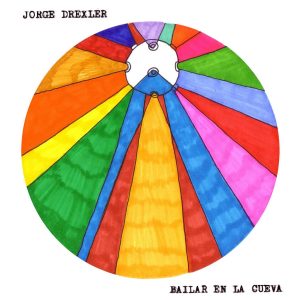 Jorge Drexler’s thirteenth album Bailar En La Cueva starts with a strong ear-worm of a track and then eases into a sweet beach record characterized by tonnes and tonnes of movement. Bailar en La Cueva, or “dancing in the cave”, feels exactly like, well, dancing in a cave. It’s guttural, raw and conceptual. Yet the Uruguayan Oscar winner’s latest album is still approachable and rhythmic. Bailar is like a steady heartbeat: strong, recognizable and with a soul. Drexler knows how to toe the line between palatable and conceptual— a rarity amongst artists. Bailar is a great thirteenth record for the veteran musician, and one of the most interesting and delightful albums I have heard this year.

It would be a mistake to think that because something is recognizable it is boring. Bailar en La Cueva is anything but. It starts with its title track, by far my favourite jam, where Drexler coaxes us into a dance with the greatest of ease. It helps that he worked with the ever enchanting Li Samuet from Bomba Estéreo to invite the listener to “ir en el ritmo como una nube va en el viento/no estar en, sino ser el movimiento/cerrar el juicio, cerrar los ojos, oir el clack con que se rompen los cerrojos” (a poetic turn of phrase, roughly meaning to move like a cloud in the wind, to not be in, but rather become. movement, to not judge, to close one’s eyes and hear the cracks that break down locks). This song is not only exuberant (albeit with the slight touch of cheese) but it’s also lyrically very smart.

From there, the album takes off. We hear “Data Data,” a smoother, jazzier tango, and a true nod to Drexler’s Southern Cone roots. “Data Data” is one of the songs in the record that will stay with you the most. It’s fun, uses horns in the greatest of unsubtle ways, and it’s a song you can play for your parents and your friends alike. That’s the magic of the album overall, it bridges the experimental with the familiar.

Then “La Luna De Rasquí” makes you feel like you are at a beach campfire. It’s the perfect follow up to “Data Data,” easing you into a sound as well-known as the songs you sang in kindergarten with a ukulele and a rhythm and rhyme that smell of sunburns and home. It’s amazing how much nostalgia can be rolled up into the song. It’s velvety and happy without being saccharine, and it definitely transports you to a different place.

If there was one track that left something to be desired, it’s “La Plegaria Del Paparazzo,” which feels out of place, especially lyrically, with the rest of the record, despite sonically still being quite delightful to listen to. It’s a middle-of-the-record track that holds its own, but still lands squarely in the middle.

Then we arrive at the end with the song “Organdí,” a whopping 6-minute track that closes the dance of Bailar En La Cueva. “Organdí” is so smooth and gentle that it serves its function of taking you out of the cave with ease. If anything, it’s slightly heavy on the easy listening side. But truth be told, this can be said of the whole record: it’s experimental, yes, but it is anything but unusual. It’s palatable, sweet and a solid summer record.

Bailar En La Cueva is available from Amazon UK, Amazon US and iTunes