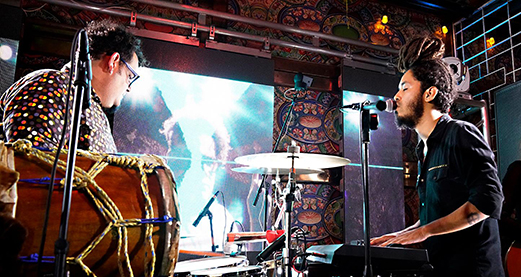 The video for the ultra-danceable “Pronto Vamo’a Llegá” was put together by Urbanfokus, a graphic design firm based in Florida. The song is on Mr. Pauer’s 2015 album, Orange.

Watch a recent Spanish-language interview by HispanoPost with Mr. Pauer (real name Toto Gonzalez), as he discusses how different styles of various Latin American countries influences him to come up with the music and remixes he churns out on the regular.

Catch Mr. Pauer this Sunday, 2nd of July, at El Patio, a popular venue in Miami’s Wynwood neighborhood, which he plays frequently.