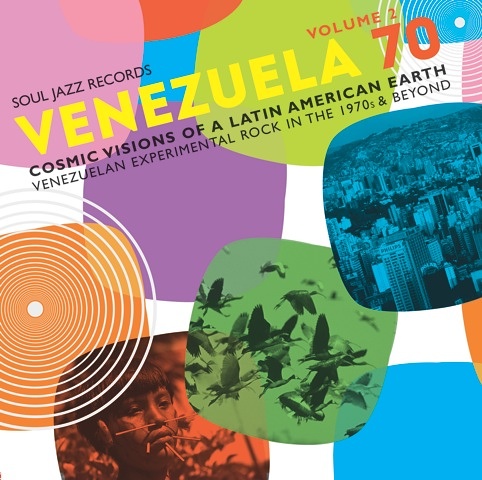 Soul Jazz Records have announced a second volume in their Venezuela 70 series. As with the first volume, it will be a collection of some of Venezuela’s maverick musicians of the 1970s, musicians who looked deep within Latin culture as well as avant-garde scenes around the world to produce some of the most innovative music being made in Latin America during that decade.

The second volume features some of the same names as Volume 1 – such as Vytas Brenner, Aldemaro Romero Y Su Onda Nuevo and Un Dos Tres Y Fuera -, artists who were fusing rock, funk, folk and orchestral music, as well as experimenting with synths and new technology, but it also includes lots of new names too. Chief amongst them is Daniel Grau and his orchestral cosmic disco, but there are also a lot of artists whose names are unlikely to be known outside of Venezuela (or even inside Venezuela for that matter). To that list we can cite Grupo Bota, Orchestra Julian and Fernando Yvosky.

All in all, this is another great opportunity to explore Latin American experimental music from the 70s – something which isn’t too common due to the dictatorships which moved many country’s musical output towards more conservative and nationalistic fare.

Venezuela 70 Volume 2 can be pre-ordered from Soul Jazz Records.

Listen to Vytas Brenner’s “Agua Clara”, the opening track, below: