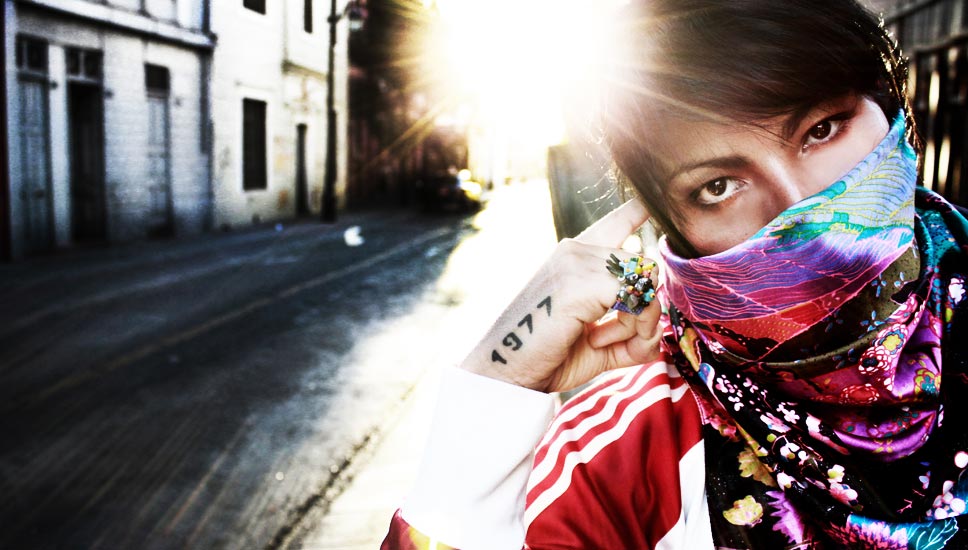 For Ana Tijoux, protest has always been a key component of her music. As a member of late-90s hip hop crew Makiza, she rapped about social inequality, political prisoners and human rights in songs like ‘En Paro‘, while in her 2011 solo tune ‘Shock‘ she shone a spotlight on the student protest movement that was then taking place in Chile (and is still ongoing). Ana is far from alone in channelling dissent into music in Chile. The country has a long history of musical protest, going back to the nueva canción folk music of Violeta Parra and Victor Jara, and continuing under military rule in the 80s with the emergence of bands like Los Prisioneros and Fiskales Ad-Hok. These days, folk music still expresses frustration and anger, through singers like Evelyn Cornejo and Chinoy, while protest rap has developed into a distinctive sub-genre among new generations of musicians. The legacy of the dictatorship and wide inequality in Chile means there is no shortage of material.

Ana Tijoux’s new video takes her into the realms of bossa nova, injecting it with a political slant. The tune is called ‘No al TPP’, in reference to the Trans-Pacific Strategic Economic Partnership, a new free-trade treaty involving twelve Pacific nations (Peru, Chile, Mexico, the USA, Canada, Vietnam, Malaysia, Singapore, Brunei, Japan, Australia and New Zealand). Suspicion has been aroused by the cloak of secrecy draped over the proceedings, with negotiations taking place in private amid concern that this allows for aggressive lobbying from the more powerful members. Critics claim that the TPP will override social and environmental interests, further boost corporate power, and increase the economic dominance of richer countries.

There is much to admire in Ana’s commitment to highlighting important issues through music. Even as her commercial profile has grown, she has remained politically and socially engaged, serving to remind us that it’s possible for musicians to be successful without compromising their principles. As a means of raising awareness andpromoting social change, music can be a potent force, a notion of which Ana is commendably mindful. Nice video too.

Learn more about the TPP (in Spanish) here.