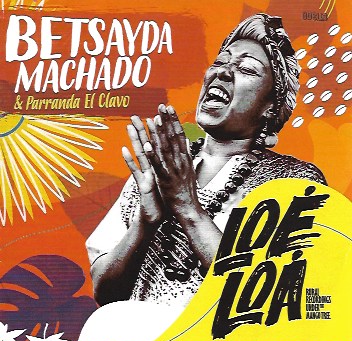 An astounding release, Loé Loá – Rural Recordings Under The Mango Tree, placed #3 in our Best Albums of 2017, and with very good reason. Unlike folk recordings that can often seem pleasant or procedural, Loé Loa is an album brimming with life. It captures Betsayda Machado and her group performing live in their hometown of El Clavo in Barlovento, Venezuela, literally under a mango tree. Playing songs from the Afro-Venezuelan parranda tradition (which is to say: party music) these are gutsy, rhythmic songs played by a group of percussionists and singers completely lost in the music.

Huge kudos must go to the production as each instrument and voice is incredibly clear, and yet there is always so much going on in any one moment, with the rhythms coming through as strong and clear as on any electronic dance release.

Soon to be released on vinyl for the first time by Olindo Records, we’re excited to hear what these songs will sound like with additional mastering from Frank Merritt at The Carvery for this new release. We’ve got a feeling it’s going to be pretty impressive.

Loé Loá – Rural Recordings Under The Mango Tree is available for pre-order on vinyl from Olindo Records.