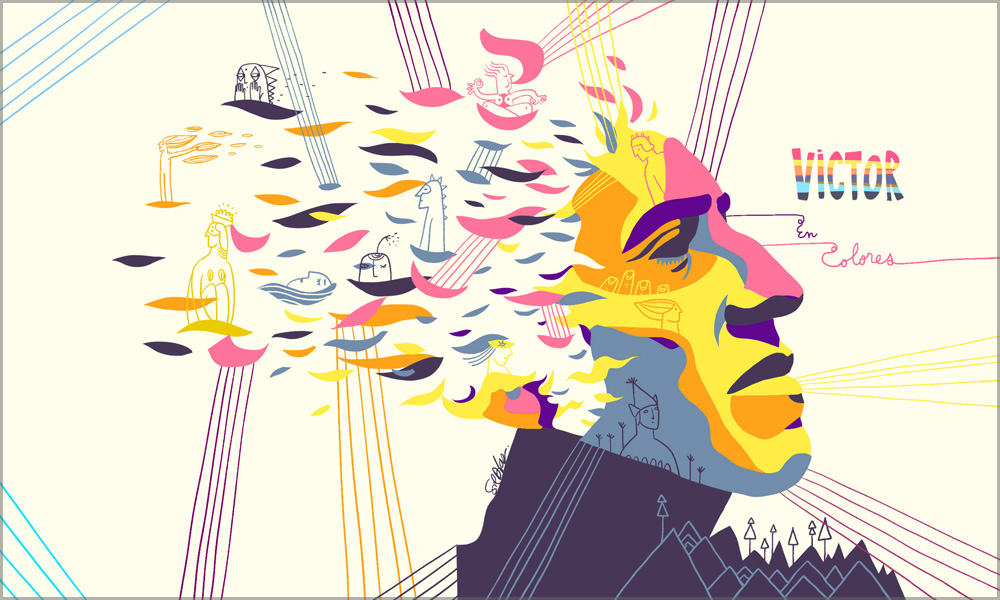 In the history of Latin American culture there are few figures as important as Victor Jara. Not only was he a great singer/songwriter – helping to define nueva canción – but he was an important theatre director too. Though it’s for his social and political ideals, which led to his death at the hands of the Chilean military, that many remember him, and that have helped to amplify his songs for future generations.

Victor en Colores is a new compilation album that sees 16 different independent artists from Chile tackle the music of Victor Jara with the brief of “¿Qué música estaría haciendo Víctor Jara hoy?” (What music would Victor Jara be making today?). It offers a fascinating glimpse into the world of Victor Jara’s songs, allowing a new setting for such classics as “Luchín” and “Paloma Quiero Contarte” (Dove, I Want To Tell You).

The compilation features some of the cream of the new singer/songwriter scene in Chile, including Javier Barría, Felipe Cadenasso, Camilo Eque and Raimundo Santander, among many more.

We should also raise a glass to the amazing cover, designed by the comic book designer and illustrator Sol Diaz – a beautiful portrait of Jara.

The compilation is available for download from Bandcamp. You can find out more about the project at victorencolores.cl