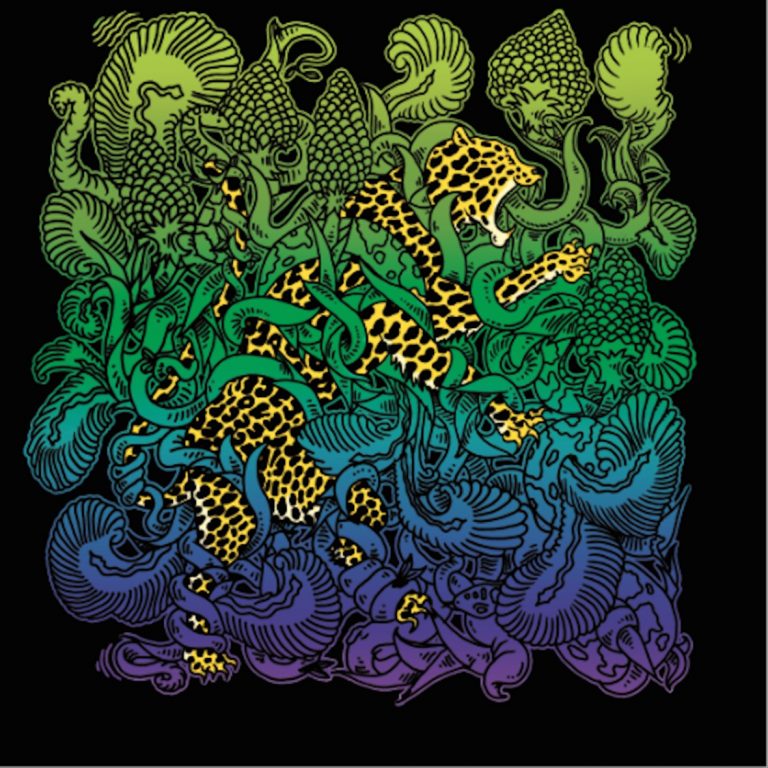 “Dani Boom” (Daniel Broderick) is a Colombian electronic legend, often credited with the explosion of the techno scene in 90s Bogotá. He now forms part of Colombian superstar group Systema Solar as producer, and is known for promoting a Colombian sound mixing traditional music with electronic beats. His latest project El Leopardo, has come out of contact with sounds all over the country, and the first offering was made in collaboration with Felipe Alvarez, founder of indie label Polen Records.

Self-titled “El Leopardo” and B-side track “El Acontista” make up this 12″ record released by Polen, and licensed by Glitterbeat in Europe, on 20th January. Rolling bass, psychedelic guitars, hypnotic percussion and the deep soulful voice of legendary Colombian percussionist “El Chongo” makes this a really special record. It captures perfectly the mingling Colombian identities, and expresses the richness of the Bogotá music scene.

Folklore is not parodied with El Leopardo, but thrust forward as a raw, authentic, and central element. The work by the same name of Colombian poet Raúl Gómez Jattin is directly used in the sparse incantations and lyrics, and forms a base of inspiration for the whole project.

Excitement has already been building in Colombia for this release, since El Leopardo first performed at Sónar Bogotá festival in November 2016. We can only hope for more from these guys, as exciting collaborations with Peruvian group Dengue Dengue Dengue get underway.

Get the beautiful 12″ vinyl record or digital version here.