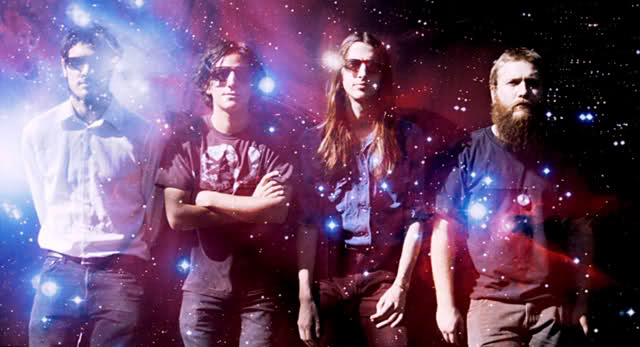 Now here’s something you don’t see every day: a twelve minute-plus music video with no words, darkly pulsating acid rhythms, and one continuous image of a lone rider crossing the wilderness. The simplicity is striking, as the eternal passage of the shadowy figure resonates strongly with the spectral nature of the music. Who knows where he’s going, or where he’s coming from? This is hauntingly post-apocalyptic, but as to whether the rider is fleeing the end of days or whether he’s the actual horseman of the apocalypse, we can only speculate.

The band in question is Föllakzoid, with the psyche-core sounds taken from their recent album II. Hailing from Santiago de Chile, Föllakzoid’s idiosyncratic mindbendery is quite something, and the band’s resolutely non-linear style emerges in music that seemingly descends ever further into the abyss. All in a good way of course.

Föllakzoid will be playing their first ever UK shows this November, as well as a series of European dates. You can catch them at the following spots:

To buy tickets or to check their Eurpean schedule, head this way.