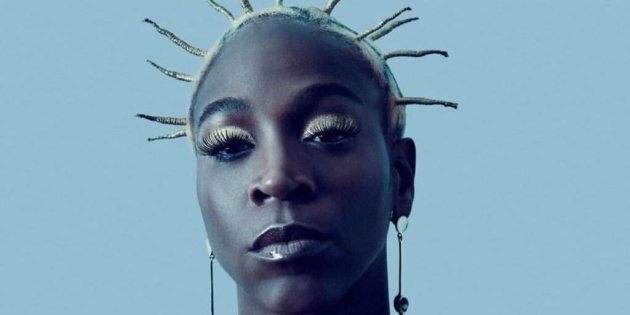 Karol Conka has paid spectacular homage to one of her rap icons, Sabotage, by recording a new version of his track “Cabeça de Nego”. Conka had already ‘fessed up to her admiration for the rapper in her track “Boa Noite”, rapping “Salve Sabotage / MC de compromisso / cumpre seu papel no céu, que aqui a gente te mantém vivo”, and now she shows her love even more deeply.

Sabotage is regarded as one of the forefathers of Brazilian rap, especially due to the popularity of his 2000 album Rap É Compromisso!, but was fatally shot in 2003 in his car. Due to his popularity amongst the favelados (favela residents) and the marginais (marginalized) in São Paulo, where he lived, and further afield in Brazil, his death has been brought back into focus by the recent death of Marielle Franco, who was also shot dead in her car, with much debate over the motives and perpretators behind the killings in both instances. The release of this video then feels somewhat charged.

But back to the track. There have been a number of tributes to Sabotage since his death, including the recent posthumous album Sabotage (2016) and the documentary Sabotage: O Maestro do canão (2015) and Conka echoes the admiration felt for the rapper. In her track, which not only features Sabotage’s children in the video, but also features footage of Sabotage himself, as well as production by Instituto and Boss in Drama, who originally worked with Sabotage on the track (which came out on the 2002/3 collection Uma Luz Que Nunca Irá Se Apagar).

It feels like a heartfelt and respectful way to pay respects to one of Brazil’s rap greats. Not to mention, that it’s a damn fine track in its own right. Check it out below: