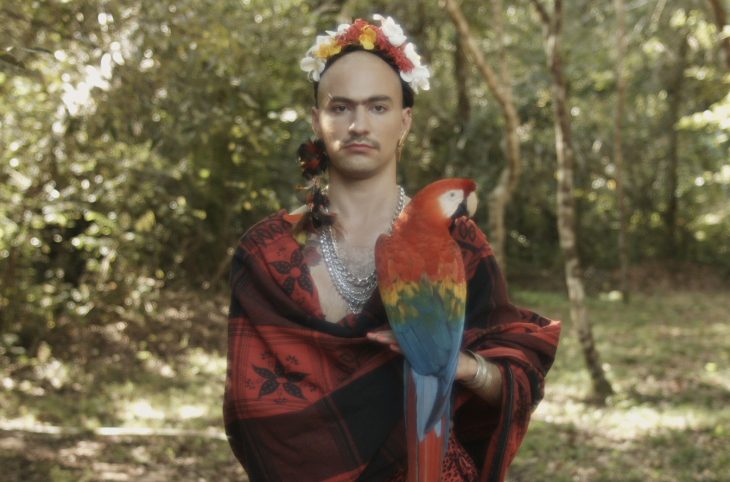 Since 2011, Fringe! Queer Film & Arts Fest has been offering an annual programme of films, arts, and events that celebrate LGBTIQA+ stories from around the world. Now recognised as one of the most innovative and exciting festivals on the circuit, this year’s edition is taking place from the 13th-18th November across east London.

In previous years, the Fringe! Team have incorporated an exciting selection of queer Latin American films in their programme, from Nova Dubai (2014) to Chavela (2017). This year is no different, with three features films and a number of shorts to look out for. Here’s a quick overview of what this year has to offer:

THE WHISPER OF THE JAGUAR (O SUSSURRO DO JAGUAR)

This queer-punk road movie follows Ana after the murder of her kuir [queer] activist sibling. Taking the ashes of her sibling across the Amazon, we watch as Anna confronts her own imagination, perceptions of indigeneity, ego, and death in contemporary Brazil. Through a poetic performance, this film deals with issues of youth, hybridity, postcolonial subjects, kuir sexualities, environmental destruction, and loss.

A WINTER TO REMEMBER

Described as the ‘ultimate lesbian romance’, this film follows Lucía, a 21-year-old who suffers from anxiety and panic attacks. During a winter break she meets Olivia, who leads her to discover new surroundings, new people and a new point of view. Through recognizing her sexuality, she is able to finally free herself from the traumas of her past.

Exploring the life of Luana Muniz (1961-2017), an influential transgender Brazilian activist, this film blends documentary with fictional influences taken from Rio de Janeiro’s mysterious and seductive nightlife. The hypnotic imagery and strange atmospheres of Obscuro Barroco have positioned it amongst the most original pieces of queer film-making of this season, already winning the Teddy Award at the 2018 Berlinale.

The festival is also screening a number of Latin American short films as part of the Network Connectivity Problems and Fabulous Orifices and Consensual Kink series.

The full programme and ticket information can be found here