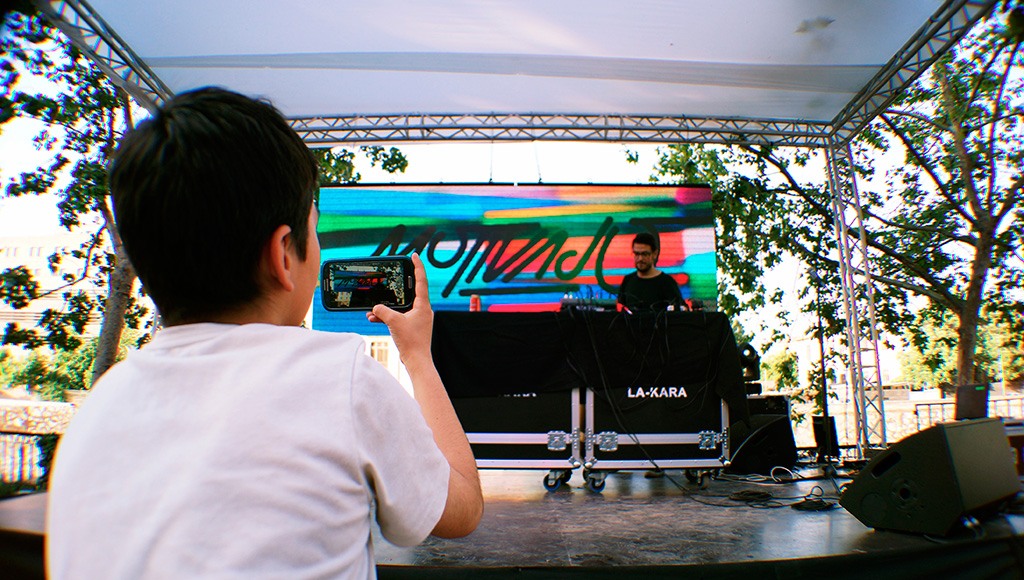 Motivado Gets The Latin Treatment On His New Profiterol Remixes EP

Being known for his hypnotic and synth-heavy futuristic disco tracks, Chilean producer Motivado, from the prolific independent label Discos Pegaos, goes deep into tropical rhythms on his latest release, a remix takeover of his Profiterol EP.

Starting with the acid-dembow touch of Colombian Comeme affiliate Dany F, it’s clear that Motivado’s progressive beats have always been ready for a little more Latin-oriented dance floors. Barrio Lindo’s interpretation submerges us in a selvatic ambiance from the sub-tropical areas of Argentina with his dubbed-out folkloric version of “Histeria”.

The release also included a more experimental sci-fi take of “Universo” by female Chilean producer Valesuchi, who will be playing Sónar Barcelona this year. The Spanish duo Disko Selectors do their own thing on a club version of the title track “Profiterol”.

The album was released free for two weeks on May 7, so you can still grab it for free for one last week on the Discos Pegaos label page.